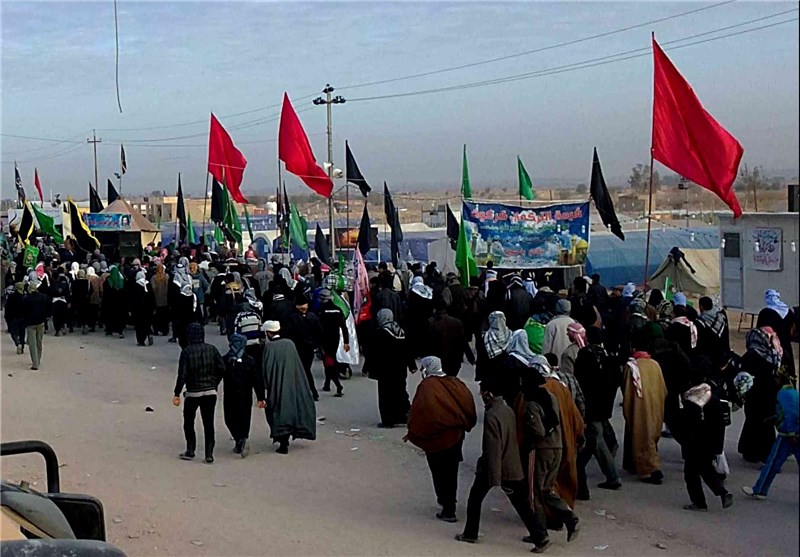 Bourse and Bazaar | AFP: With hotels facing mass cancellations, Iraqis in the holy city of Najaf are being hit hard by US sanctions on neighboring Iran, which have forced cash-strapped pilgrims to stay home.

At the city’s edge, surrounded by mosaic-covered walls and topped by a golden dome, sits the shrine of Imam Ali, son-in-law of the Prophet Mohammed and a revered figure among Shiite Muslims.

The shrine draws a million and a half Shiite pilgrims to Najaf each year, in addition to those who travel to the holy city for the huge annual Arbaeen commemoration.

The vast majority hail from neighboring Iran, whose population is overwhelmingly Shiite.

“More than 85 percent are Iranians,” said Saeb Abu Ghoneim, president of the hoteliers’ union in the city.

Signs throughout the city, 150 kilometres (95 miles) south of Baghdad, are translated into Farsi.

Iran’s national language can be heard across Najaf, spoken by women in full-length black veils and by male pilgrims, walking in the shade to avoid the searing sunlight.

But just days after Washington this month re-imposed sanctions on Iran, following President Donald Trump’s decision to pull the US out of a landmark 2015 nuclear accord with Tehran, the impact is already being felt in Najaf.

The Iranian rial has been severely hit by internal economic woes and the US measures, losing around half of its value against the dollar since April.

Farzad Reza Ali, an Iranian who did manage to fund his trip to Najaf, said the drop in pilgrim numbers was a direct result of the currency crisis.

“(It’s) because the rial is worth nothing,” he said, a travel company badge tied to a ribbon around his neck in the colors of the Iranian flag.

The first round of sanctions against Iran covers financial transactions and imports of raw materials.

Further measures due to hit in November will affect Iran’s central bank and the vital hydrocarbon industry.

To get the USD 40 needed for a visa to Iraq, Mokdabandeh Mehrban said he had to go to the black market.

“Now the market fluctuates and it’s not supported by the government, so there are fewer Iranian pilgrims,” he said, wearing large sunglasses and a striped shirt.

Cancellations by Iranian pilgrims could have dramatic consequences for Iraq’s tourism sector, which last year directly or indirectly employed some 544,500 people.

It also contributed three percent of GDP, nearly $5 billion dollars, according to the World Travel and Tourism Council.

Tourism is almost exclusively religious in Iraq and is concentrated in Najaf and nearly Karbala, the country’s other holy Shiite city.

As Najaf prepares to welcome pilgrims for numerous religious festivals this month, there is a notable lack of Iranian arrivals.

Transport links have been slashed — Najaf airport, which used to offer 35 flights a day between the two countries, now operates just 12.

Officials say most of the passengers on the flights leaving Najaf for Iran are Iraqi pilgrims heading for Iranian holy sites.

“A lot of hotel reservations have been cancelled and the number of pilgrims to Najaf is very fragile,” said Abu Ghoneim, although he was unable to provide precise figures from the city’s 285 hotels.

To counter the trend, hoteliers have been forced to offer rooms at bargain basement prices.

But discounted stays and other special offers are not enough to make up for the impact of sanctions, the 85-year-old said, his head covered with a traditional black and white keffiyeh scarf. Without Iranian pilgrims, he said, “the market is in free fall.”