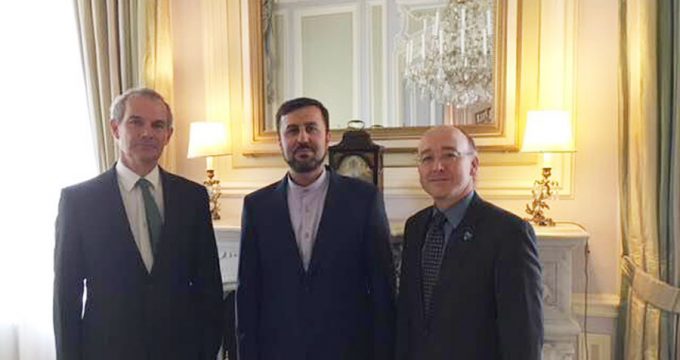 Europe should stand against US unilateralism: Iran envoy to IAEA

IRNA – Iran’s representative to the international organizations in Vienna and the International Atomic Energy Agency (IAEA) met with UK representatives and stressed the necessity of signatories of Iran Deal against US’ unilateral decisions on Thursday.

Gharibabadi said that the IAEA and the relevant countries are bound to provide the necessary grounds so that Iran can use the cooperation and economic interests provided by the deal.

Referring to UK logical stance and support for the JCPOA, he said that the European signatories of the deal should try their best to stand against US unilateralism through trying to minimalize the negative effects of the illegal re-imposition of sanctions on Iran.

He also talked about the important issue of drug trafficking and the fact that Iran spends a lot in the fight and many Iranians are killed in clashes between Iran and drug traffickers in Iran every year not to allow narcotics be transited to Europe.

He also voiced his disgratitude about the lack of assistance by the international organizations and other countries in the fight against drug traffickers.

The UK party stressed their country’s policy in supporting the deal, and while referring to the trilateral statement of France, the UK and High Representative of the European Union for Foreign Affairs and Security Policy Federica Mogherini said that Europe is determined to keep the JCPOA and remove the obstacles to let Iran enjoy the interests provided by the deal as much as possible.