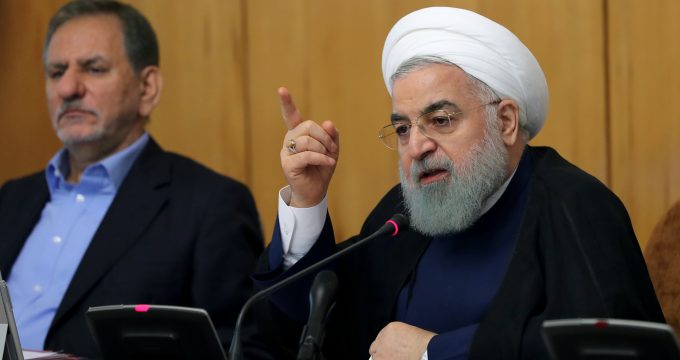 Iranian President Hassan Rouhani asserted that the Islamic Republic has received special privileges based on the Convention on Caspian Sea legal status.

Hezbollah downplays US sanctions on Iran

The leader of Lebanon’s militant Hezbollah movement said Tuesday that U.S. sanctions against Iran and his Iran-backed group will not have major effects on them and will not lead to regime change in Tehran.

Iranian Foreign Minister Mohammad Javad Zarif dismissed claims that Tehran has ceded a significant part of its territorial rights to the Caspian Sea in a recent treaty it signed with four other littoral states, saying that Tehran has not retreated from its stance on the issue.

US to blame for burning bridges with Iran: Rouhani

President Hassan Rouhani has once against dismissed Washington’s offer of talks with Iran, which followed its unilateral withdrawal from the 2015 nuclear deal, saying the US, itself, burned the bridges for negotiations with Tehran.

Iran will send its oil minister, Bijan Zanganeh, to a September meeting of the monitoring committee overseeing OPEC’s supply accord with Russia and other allies, in another bid to preserve the sanctions-hit country’s crude market share.

The United States is trying to make Iran surrender through the imposition of sanctions, Iranian vice president Eshaq Jahangiri said on Wednesday.

Iran Prosecutor-General Mohammad Jaffar Montazeri has said that the judiciary will intensify tackling corruption, adding that if need be, top officials such as cabinet ministers will be brought to justice.

Dialogue with hostile US not acceptable: Iran’s VP

Iranian First Vice-President Eshaq Jahangiri rejected the possibility of any negotiation between the Islamic Republic and the US, saying that Washington is only following hostile policies against Tehran.

Iraq is reducing visa charges for Iranian pilgrims who visit to mark a major religious occasion later this year.