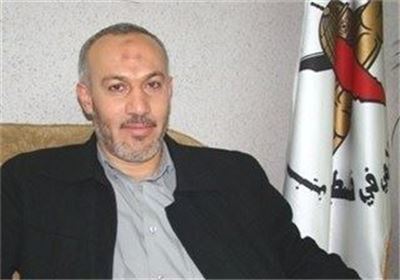 Tasnim – An Islamic Jihad representative in Tehran praised the Islamic Republic for disrupting the expansion of the Zionist regime of Israel in the region.

Speaking to reporters in Iran’s northern city of Rasht on Tuesday, the representative of the Palestinian Islamic Jihad Movement in Iran, Nasser Abu Sharif, said the Zionists had been making advances in areas as far as Beirut before victory of the Islamic Revolution in 1978.

“After establishment of the Islamic Republic of Iran, the condition of Zionists in the region changed greatly and the process of their expansion came to a full halt,” he added.

Unlike the humiliated Arab governments that rely on the US and Israel, Iran has kept to the resistance path and has been countering superpowers in a dignified manner, Abu Sharif underlined.

While Iran has changed the equations in the region, the Zionist regime is begging for survival, the Islamic Jihad envoy noted, pointing to Israel’s humiliating defeats in the wars against Lebanon and Gaza.

He further hailed Iran for remaining resolute in its support for the anti-Israeli resistance movement, saying the Islamic Republic chose the right path in the same year that Egypt signed a peace treaty with Zionists.

In comments in January, Leader of the Islamic Revolution Ayatollah Seyed Ali Khamenei underlined that “Palestine is an important issue of the Muslim World which has been often ignored”.

Speaking to participants of the 13th Conference dedicated to the Parliamentary Union of the Organization of Islamic Cooperation in Tehran, Ayatollah Khamenei had reminded that Palestine is a collective: a country and a history.

“Palestine extends from the river to the sea, and al-Quds (Jerusalem) is undoubtedly its capital. This recent move by the US officials–who have recently been acting more blatantly towards Quds– won’t get anywhere and their moves won’t bear results,” the Leader noted.

In December 2017, US President Donald Trump officially declared the disputed city of al-Quds Israel’s capital, despite warnings from around the world that the measure risks triggering a fresh wave of violence in the Middle East.

#FreePalestine, Iran, Israel, Nasser Abu Sharif August 15, 2018
Hezbollah downplays US sanctions on Iran
How we got the Iran deal