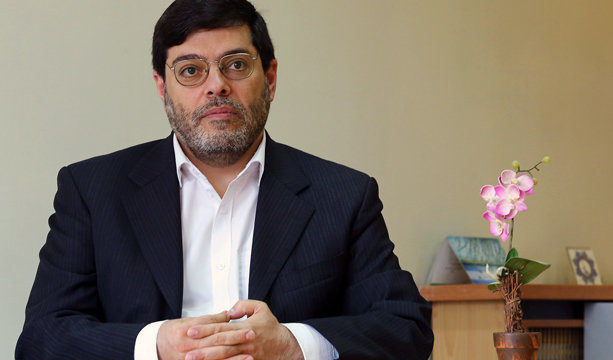 ‘US creating huge amount of antagonism toward itself in Iran’ – Prof

Sputnik – Last week the US reimposed its first round of sanctions on Iran with more economic sanctions aimed at Iran’s oil industry to follow in November. This comes after US President Donald Trump announced his decision in May to pull out of the Iran nuclear agreement.

Professor Seyed Mohammad Marandi, from the University of Tehran, told Sputnik that the US will isolate itself on the international stage by introducing more anti-Iranian sanctions.

Sputnik: I’d like to begin by asking you about the effect these new sanctions are likely to have on Iran, on Iran’s economy?

Seyed Mohammad Marandi: They will have a substantial effect, especially in November. The sanctions that take effect today (last week) have a more limited impact and the psychological impact has already shown itself over the past two weeks. So I don’t think that today is a major event, but in general I think, though, that the United States is miscalculating because by trying to strangle the Iranian economy and by trying to make ordinary Iranians suffer: men, women, children, young, old, the United States is creating a huge amount of antagonism towards itself.

Contrary to what the Americans would like to think it has unified not only the political establishment but the population as a whole. There is, of course, dissatisfaction among people because of the economic situation, the fall of the Iranian rial but a lot of blame is being directed towards Trump.

In the past, they would bomb countries, they’d destroy countries, they’d kill hundreds of thousands of people through airstrikes, and through invasion. Now they no longer have that capability because of the sheer amount of money that they have to spend and the damage that it causes to the US economy, so they’re using financial warfare, but financial warfare has its own problems, and that is that gradually countries begin to create defense mechanisms.

The more they’re used, the more countries are encouraged to move away from the US dollar and to use alternative methods of trade and financial transaction to become less vulnerable.

Sputnik: When the November sanctions hit, what do you see happening? What industries will be affected the most?

Seyed Mohammad Marandi: Well it depends, I think that in some respect some industries will benefit because one of the mistakes that the Iranian administration, the current administration made, and it’s not just their mistake, previous administrations have done the same, (is to depend on oil revenues).

Because of Iran’s addiction, the addiction of all oil-producing countries to oil and oil wealth, they regularly use oil money to boost up the local currency, and the Iranian currency has always been boosted or supported by this oil wealth. So while people’s wages increase and liquidity rises, the rate between the Iranian currency and the dollar stays about the same, and this gradually creates a bigger and bigger bubble. Not only does it create a bubble, it also makes local production very difficult.

Many factories over the past few years, because of this bubble in Iran, have been shut down or they’re facing major problems. Iranian goods have been becoming more expensive than imported goods, so the fall of the rial to a more realistic rate does have its benefits, it hurts Iranians, obviously, and it creates inflation but it has made Iranian products more competitive, much more competitive. So if the government manages the situation, there could be a rise in employment and the local industries could benefit enormously from it.

The industries that will be hit are those that are linked to foreign investment, especially, from Europe and South Korea, and Japan, but their investments really haven’t been all that great, because ever since the JCPOA was signed, the United States never really implemented it. So the JCPOA, the nuclear deal, wasn’t even implemented under Obama.

So, for example, in the last three years, if I wanted to send you a single dollar to your bank account or you wanted to send me a single dollar, you couldn’t, even though Iran was supposed to be re-integrated into the global banking system. Obama prevented this from happening. So the JCPOA was never implemented in full and therefore it was very difficult for foreign investors to come in, and the United States behind the scenes was also putting pressure on foreign companies not to do trade or business, or to carry out investment in the country. So there wasn’t a great deal of investment in the first place, but this is one sector that will be hit.

The second, of course, is the oil industry, where the United States will attempt to prevent Iran from exporting oil. I’m not sure how this is going to play out, but the Iranians are trying to devise mechanisms where they will continue to be able to export oil, and that is by selling oil to private companies.

As oil goes through these companies it would be more difficult for the United States to monitor where it goes and also the Iranians will be using, I think, the yuan more extensively, so they will not be reliant on the US dollar, and probably to a degree they’ll be trying to be less reliant on the euro as well, because to the Europeans it’s not clear how capable they are in standing up to the United States.

I think the Iranians will, probably, be trying to keep their oil production as high as possible, or they will probably will be able, to a large degree, to keep exporting oil at a relatively significant high amount, perhaps, closer to the current levels, but they’ll probably have to give discounts to those private companies who want to take the oil.

Dr. Mohammad Marandi, Iran nuclear deal, JCPOA, US sanctions against Iran August 14, 2018
IPRC to mull over Convention on the Legal Status of the Caspian Sea
Iran’s Zarif to elaborate on Caspian Sea legal status next Tuesday