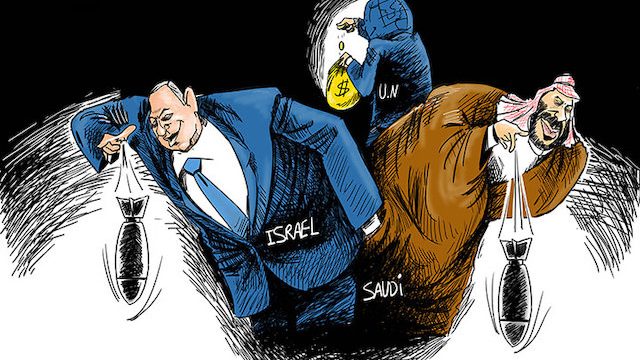 Khamenei.ir – The U.S. has become more blatant and ruder in their rhetoric over the past few months. Previously they were not so observant of diplomatic etiquette in their speech either; however, they have become ruder towards all nations.

The example of it is that during the last week, the Saudis committed two crimes: attacking a hospital and attacking a school bus with 40 or 50 innocent children on board. Do you have 8 or 9 year-olds at home? This is a dramatic tragedy. It truly breaks one’s heart. The news shook the global conscience. But how did the U.S. react? Instead of condemning the crime, the U.S. said, “We have strategic relations with Saudi Arabia.” Is this not shamelessness? What the U.S. president did to two or three thousand children by separating them from their parents, putting them in cages because they were immigrants is an unprecedented crime in history!

Recently, the U.S. officials have been talking blatantly about us. Beside sanctions, they talk about war and negotiations.