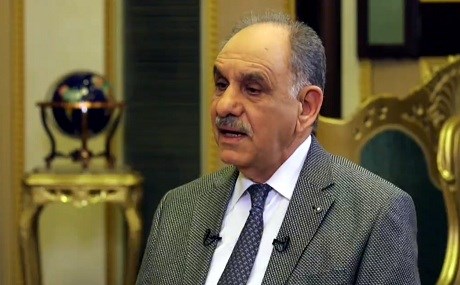 Sunni leader: Iraq should stay neutral in Iran-US spat, but must back sanctions

Rudaw – Iraq should remain neutral in the diplomatic rivalry between the US and Iran, but must also commit to sanctions, a prominent Sunni leader has said. Haider al-Abadi, the Iraqi prime minister, has been criticized by Shia leaders for complying with Washington’s policy.

Salih al-Mutlaq, head of the Sunni-led Iraqi Front for National Dialogue, told Rudaw: “I find committing to the decision of the international community and the countries that stood by Iraq in the fight against terrorism a necessity.”

The best option for protecting Iraq’s interests, with the help of western nations, is for Baghdad to distance itself from the rivalry.

“We have our own problems. It is better if we solve them instead of siding with one side or another,” said Mutlaq.

“We want, of course this time, for Iraq to be open to the entire world, with good relations with neighboring countries and the countries around the world.”

The Front does not want to see sanctions imposed on the Iranian people, he said, but agreed with the US that countries like Iran should not be allowed in interfere in other countries’ affairs – including Iraq.

Muqtada al-Sadr, whose Sayirun alliance came first in Iraq’s May 12 election, issued 40 conditions for his desired candidate for prime minister. Months after the election, a premier and a government remain elusive.

Mutlaq is not keen on any of the frontrunners – the incumbent Abadi, Fatih’s Hadi Amiri, or former PM Nouri al-Maliki – but believes one of them will eventually be picked.

“I don’t agree with all the conditions put forth by Mr. Muqtada al-Sadr, although we are close to each other. He has put forth good qualities for the one taking the helm of authority, but then there are impossible conditions,” Mutlaq said.

No candidate could meet all these demands, he said, meaning Sadr may need to compromise.

“In the state we would like to have, none them meet the standards or the needs we have. However, in the end, we will pick one of them, or another person,” Mutlaq conceded.

“The time hasn’t come yet for the ideal person we want to become prime minister. Maybe we require more time.”

Mutlaq did however commend Abadi for recent improvements to the security situation in Sunni areas.

Committing Iraq to supporting US sanctions on Iran has made matters for the prime minister still worse. Shia leaders have accused him of pandering to Washington’s whims. Iran even cancelled Abadi’s scheduled visit to Tehran this week.

Mutlaq is more critical of Hadi Amiri. The Hashd commander’s background makes him unacceptable to the international community, he said.

“The party and religious background of Mr. Hadi al-Amiri makes it difficult for the international community to accept him,” Mutlaq said.

Since the new Iraq was created after 2003, the role of speaker in the Iraqi parliament has always been held by a Sunni, in an effort to preserve a fair ethnic balance in government. Months after its May 12 election, Iraq is still without a new administration.

“The Sunnis haven’t decided who will be the head of the Council of Representatives as of now,” said Mutlaq, who said there are 4 or 5 potential candidates.

“The Council of Representatives represents all Iraqi components. Therefore, it has to defend all the components of Iraq,” he added.

He echoed Sadr’s call for a competent, technocratic government.

“If a government, however, is formed through the same past methods, then I am certain that government will be short-lived. The results will be catastrophic on everyone,” Mutlaq said.

Protests sweeping the southern provinces of Iraq are an expression of frustration with the whole political establishment, its sectarianism, and its self-interest, he said.

“They divided the society into components. Then each one claimed to be defending his component, but actually defending himself and his party.”

Iraq needs “a national government, capable of transcending the narrow mindset of sectarianism and nationalism,” he said.

Without this “I don’t see there is a future for one Iraq. The result is Iraq heading towards the unknown,” Mutlaq added.