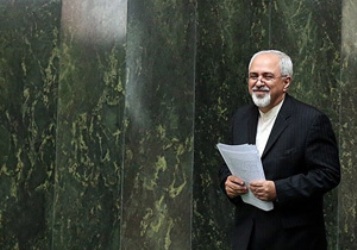 Speaking to the Islamic Republic News Agency (IRNA), spokesman of Parliament (Majlis) National Security and Foreign Policy Commission Ali Najafi Khoshroudi said that due to the sensitivities caused by Caspian Sea issue, FM Zarif has been invited to elaborate it for the Iranian MPs.

Presidents of five Caspian Sea littoral states signed on Sunday the convention on the legal status of the Caspian Sea; a landmark instrument that is expected to expand good-neighborly relations among parties including Iran, Azerbaijan, Turkmenistan, Russia and Kazakhstan.

According to Iranian Foreign Ministry’s Center for Public Diplomacy and Media Affairs, around 90 percent of the Caspian Sea legal regime convention has been addressed by the member states.

Only two issues – determining the base lines and delimitation of the remaining seabed and underground resources – need further negotiations, the statement said, expressing hope that these two issues will also become finalized with cooperation of all the member-states.

According to Khoshroudi, Zarif is also to answer a number of MPs’ question about Tehran’s foreign policy.

Iran’s filed suits to the Hague against US will also be reviewed during the the August 21 Majlis session, he said.