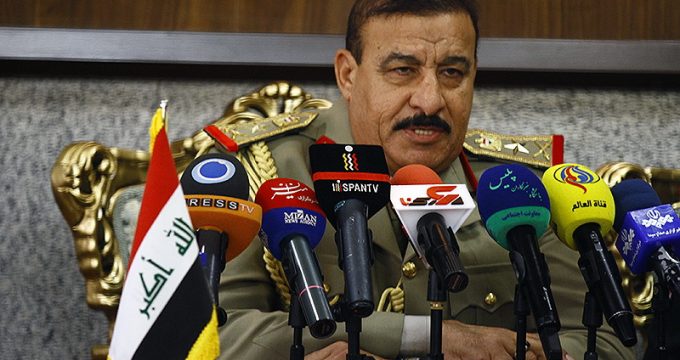 The crossing was closed last November after the Iraqi officials said they could not maintain its security.

The Iraqi commander, who was speaking at a meeting with his Iranian counterpart Brigadier General Qassem Rezaei, said Iran is among the neighbor countries that share a long border with Iraq, therefore border cooperation between the two countries is of great importance.

Appreciating Iran’s role in fighting the terrorist group Daesh (ISIS), he said Baghdad has good relations with Tehran, and the shared border is secure.

Referring to the cooperation agreement he signed with Iran on Tuesday, the Iraqi commander said his country is willing to enjoy Iran’s experience in fighting illegal drugs.

The two commanders signed the agreement at the 7th joint meeting on Iran-Iraq shared borders.

Intelligence cooperation, fighting terrorist and smugglers, as well as illegal movements along border areas, among other things, are included in the agreement signed by the two sides.

The Iraqi commander, heading a delegation, arrived in Tehran on Monday. He met with Iran’s police commander and the country’s commander of border guards.