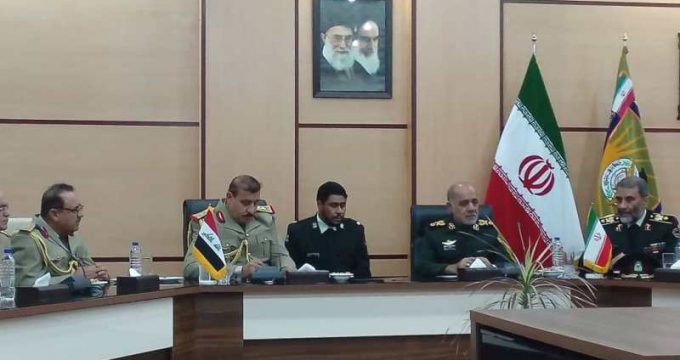 IRNA – Enemies have hatched a big plot for Western Asia that formation of the terrorist group of Daesh (ISIS) is only a small part of that, an official at Iran’s Armed Forces announced Monday.

Those enemies are not anonymous, Brigadier General Ali Abdollahi, the Armed Forces Deputy Chief of Staff for Coordination, said at a joint press briefing with the visiting Commander of the Iraqi Border Guards Major General Hamid Abdullah Ibrahim.

Abdollahi referred to the United States as one of those enemies.

‘The American officials have explicitly declared that they have made Daesh,’ Abdollahi said adding, ‘Those who created Daesh and equipped the terrorist group with weapons and also supported it financially are completely known.’

US President Donald Trump, during his presidential debate in Oct 2016, said his rival Hillary Clinton was involved in creating Daesh.

The enemies were even giving treatment to the Daesh injured, the Iranian official said adding Daesh was created after two purposes which were disintegration of the big regional countries and damage Islam and Muslims.