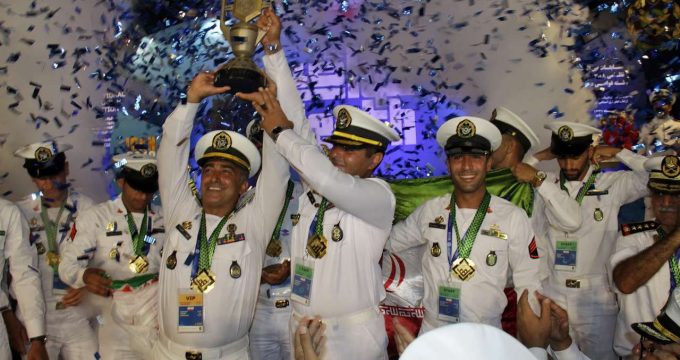 The International Army Games, initiated by the Russian Ministry of Defense, was co-organized this year by China, Russia, Belarus, Azerbaijan, Kazakhstan, Armenia and Iran. 189 teams from 32 countries had participated in the event.

Iranian divers, who had managed to break the world record in two items of Depth Competition, snatch the gold medal of the event. The Depth Competition was held in the Iranian city of Nowshahr, with participation of over 100 army representatives from various countries in the world.

Iran’s airborne troops finished third at the Airborne Platoon held in Pskov, Russia. In the Guardian of Order contest, which was held in Russia, Iranian armed forces team grabbed the silver medal.