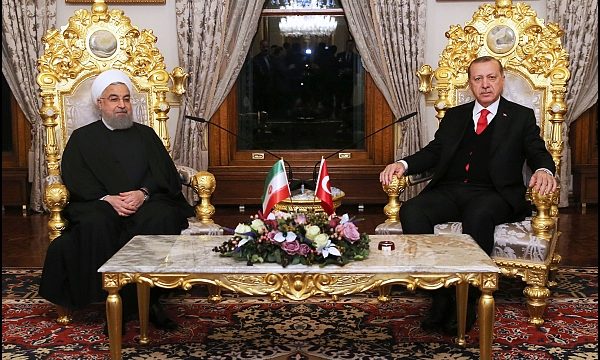 Intelligence Minister Mahmoud Alavi on Sunday strongly denied awarding some 2500 US Green Cards to Iranian officials and their children during nuclear talks between the Islamic Republic of Iran and G5+1.

The Iran’s Revolutionary Guards and Army’s UAV teams that are participating in the International Army Games 2018 underway in Kazakhstan have competed at night combat contest.

Rouhani: US not trustworthy for negotiations after quitting nuclear deal

Iranian President Hassan Rouhani says the US administration is no more able to prove its trustworthiness for any negotiations after its withdrawal from the Iran nuclear deal and a number of other international treaties.

A retired general of the Islamic Revolution Guards Corps (IRGC) blasted western media efforts to portray Iran as the mastermind of the last week attack by Yemen’s Ansarullah movement on two Saudi warships in Bab el-Mandeb Strait, but his remarks prompted media hype after they were released with misquotes.

Standing against U.S. has logical, rather than emotional, rhetorical basis: Ayatollah Khamenei

Fighting against arrogance in the Islamic Revolution and among our people is a rational and reasonable movement that enjoys a scholarly source of support. And it is also a wise movement contrary to what some people want to pretend. Such people pretend that this is a merely slogan-based and emotional movement that is not reliant on reason and rationality. On the contrary, the movement of the people of Iran is one that is reliant on rationality.

An Iranian officer was named the top operator of unmanned aerial vehicles in the International Army Games 2018 in Kazakhstan.

Iranian Navy team of divers claimed first place in the Depth Competition event at the 2018 seven-nation Army Games in Nowshahr on Thursday after nine days of fierce competition.

Special envoy of Iran’s President to Turkey submitted the message of Hassan Rouhani to his Turkish counterpart Recep Tayyip Erdogan on Thursday.

Iran, US officials not to meet at UNGA: Zarif

Top Iranian diplomat Mohammad Javad Zarif says no meeting between Iranian and US officials is scheduled to be held on the sidelines of this year’s UN General Assembly at the UN headquarters in New York.

Iran’s Guardian Council has approved an amendment bill on combating the financing of terrorism (CFT) as part of standards set by the FATF, according to the Council’s spokesman.

In an official decree, Iranian President Hassan Rouhani signed into law the CFT amendment bill which was passed by the parliament and approved by the Guardian Council this morning.

Zangeneh sends letter of complaint to OPEC on JMMC fault

A U.S. plan to impose targeted crude sanctions against Iran could significantly impact global supply and exhaust the world’s spare oil capacity cushion, according to the latest monthly report from the International Energy Agency (IEA).

US sanctions won’t affect Turkey ties with Iran: FM Cavusoglu
Turkish Foreign Minister Mevlüt Cavusoglu says his country is resolved to expand ties with Iran despite US threats to punish governments that violate recently-restored economic sanctions against the Islamic Republic.

In response to a letter by Head of the Judiciary Branch, seeking permission to take especial measures in order to confront economic corruption, Ayatollah Khamenei approved the request and wrote: “Punishment of convicts of economic corruption must be carried on urgently and justly; and appropriate meticulousness must be given to the designation of sentences by courts.”

Less than a month after a surge of unrest in Iraq over poor public services, particularly power cuts and rampant corruption, residents in southern areas of the Arab country have once again staged protests.

The chairman of Yemen’s Supreme Revolutionary Committee called on Ottawa to open its embassy in Sana’a after Saudi Arabia expelled the Canadian ambassador and recalled its envoy over claims of interference in its internal affairs.

Israel’s minister for military affairs admits that Syrian ground forces are recovering from the losses they suffered during over seven years of battles against foreign-backed terror groups, saying the Arab state is now building up a formidable army beyond its pre-crisis size.

The United Nations Security Council (UNSC) has called for launching a “credible and transparent” investigation into a recent airstrike by the Saudi-led military coalition that killed dozens of schoolchildren in northern Yemen.

Army units continued to advance in the depth of Sweida Badyiah (desert), establishing control over new areas and strategic hills in it.