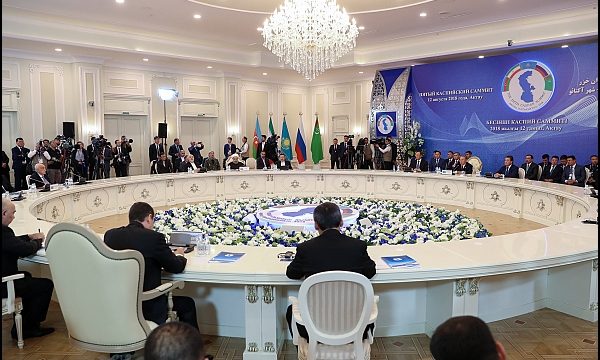 IRNA – Some 90% of the Caspian Sea legal regime convention has been finalized which will be signed in Aktau, Iranian Foreign Ministry’s Center for Public Diplomacy and Media Affairs said in a statement on Sunday.

Only two issues – determining the base lines and delimitation of the remaining seabed and underground resources – need further negotiations, the statement said, expressing hope that these two issues will also become finalized with cooperation of all the member-states.

The statement also said that six other agreements – on transit, trade and economy, fight against terrorism, countering organized crimes, cooperation of border guards, and preventing military conflicts – will also be signed on the sidelines of the summit meeting of the Caspian Sea littoral states in Aktau.

The Caspian Sea littoral states also announced that the Sea will remain the sea of peace and friendship among the member-states, banning the presence of military forces of the third countries in the Sea, the statement said.

Navigation in the Sea will only be possible under the flag of one of the five littoral states and they cannot let any alien country to use their territory for military aggression against another littoral state, according to the statement.