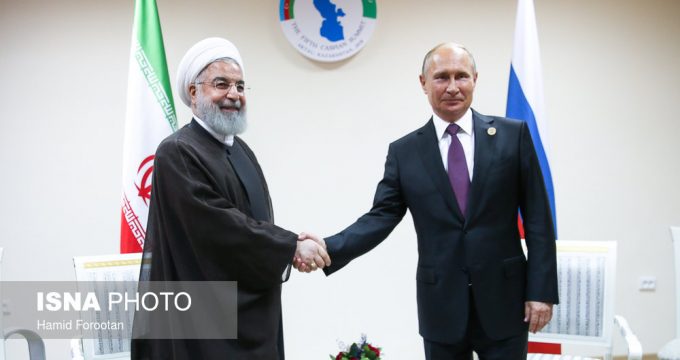 President.ir – Presidents of the Islamic Republic of Iran and the Russian Federation met on the margins of Caspian Sea Littoral States Summit in Kazakhstan and discussed the most important bilateral, regional, and international issues.

Dr Hassan Rouhani met with President Vladimir Putin of the Russian Federation on Sunday and stressed the importance of further development of Tehran-Moscow relations in various fields.

“Bilateral and multilateral cooperation of Iran and Russia in different regional and international matters, including regional security and fighting terrorism and ISIS in Syria have had positive regional effects and this cooperation should continue until the full eradication of terrorism,” he added.

At the same meeting, President Vladimir Putin of the Russian Federation refereed to the developing relations between the two countries and said: “Moscow is ready to further develop relations and cooperation with Tehran in areas of interest to both sides”.

He also described the Joint Comprehensive Plan of Action (JCPOA) an important international agreement and emphasised the importance of all parties’ efforts to keep the deal after US’ unilateral withdrawal from it.