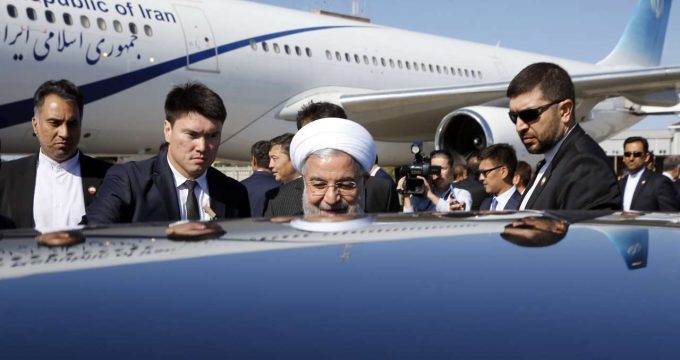 During his one-day visit to Aktau, Kazakhstan, the Iranian President addressed the meeting, signed the Caspian Sea Legal Regime Convention along with his counterparts from four other littoral states and participated in the ceremonies during which some other cooperation agreements were signed by the countries.

President Rouhani also conferred with his Russian, Kazakh and Azeri counterparts on issues of mutual interest and the latest regional and international issues.