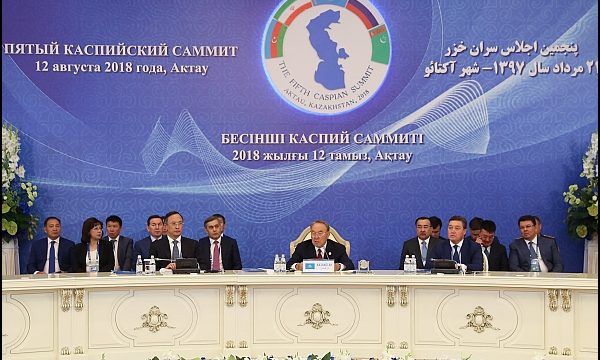 Heads of the five Caspian Sea littoral states signed the legal regime convention of the sea on Sunday.

Leaders of the five littoral states signed a joint statement in which they called the Caspian Sea as the Sea of peace and solidarity.

The Caspian Sea littoral states ministerial meeting was held on August 11 with the participation of foreign ministers of its member-states (Iran, Russia, Turkmenistan, Azerbaijan and Kazakhstan).

The previous meeting of the foreign ministers was held in Moscow on December 4-5, 2017.