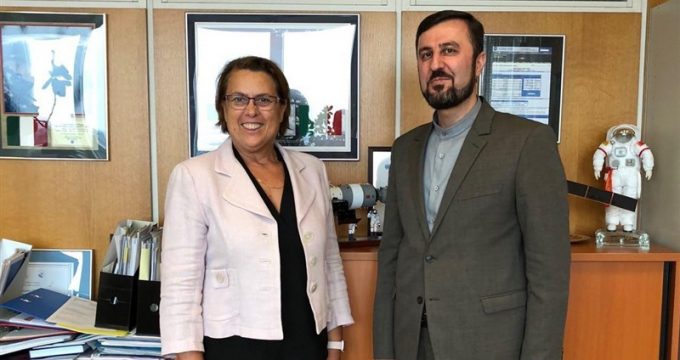 Speaking at a meeting with Director of the United Nations Office for Outer Space Affairs (UNOOSA) Simonetta Di Pippo in Vienna, Gharibabadi expounded on the Islamic Republic’s principled policy on space activities and described the space as “the common heritage of humanity”.

“Space should be used solely for exploration and peaceful purposes by the UN member states,” the diplomat stated.

“The Islamic Republic of Iran is seriously and basically opposed to any arms race in space or the deployment of any weapons, including conventional weapons or weapons of mass destruction, to space or militarization of space,” he added.

The remarks came after US President Donald Trump’s plans for a “Space Force” were announced on Thursday, a typically theatrical term from the former celebrity businessman for what will be America’s sixth branch of military.

US Vice President Mike Pence confirmed overnight plans to create the “Space Force”, repeating comments from Trump, who had said that “American dominance in space” was imperative.

Earlier this year, Trump had said, “Space is a war-fighting domain, just like the land, air and sea.”