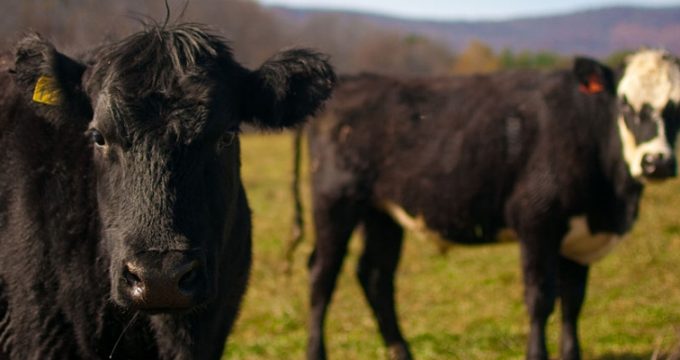 Bourse and Bazaar | AFP: Multinational companies aren’t the only victims of new US sanctions against Tehran: farmers and ranchers in the Normandy region of France hoping to supply Iran with thousands of cattle each year have also seen their path to a huge new market blocked.

The deal with one of Iran’s biggest meat processing groups was signed in 2016 after Iran agreed with world powers to curtail its nuclear program in exchange for sanctions relief.

The goal was to supply mainly prized Charolais stock to help “rebuild a high-quality cattle industry” in the Middle East, Nathalie Goulet, a senator from Normandy, told AFP this week.

“We were also hoping to eventually export other products” such as cattle feed and processed meat, she said.

A first “test” was carried out last October, with 310 calves arriving in Iran by plane “in very good condition”, she said.

But with US President Donald Trump’s decision to pull out of the Iran nuclear deal, the project, potentially worth EUR 10 to 15 million, (USD 11-17 million) risks being abandoned.

Under the new sanctions which went into effect on Tuesday, any company doing business with Iran risks being hit with huge fines by Washington.

Analysts have warned it would be nearly impossible to protect exporters from the reach of the “extraterritorial” US measures—even if they do not do business in the US—given the exposure of large banks to the US financial system and dollar transactions.

Goulet said the French banks involved in the cattle project “are now refusing to take Iranian money,” while the company insuring the exports had also pulled out.

Herve Morin, president of the Normandy region, said that although the project has been halted, it has not been “abandoned”.

“We’re waiting for details on the embargo and the European reaction,” he said, referring to pledges by European officials to find ways to protect their companies from the US sanctions.

Yet several French companies, including oil giant Total and carmaker PSA, have already halted their operations in Iran.

The Iranians “want to do this deal,” Goulet said, adding that she was also searching for financial alternatives.

“Why not bitcoin?” she said.