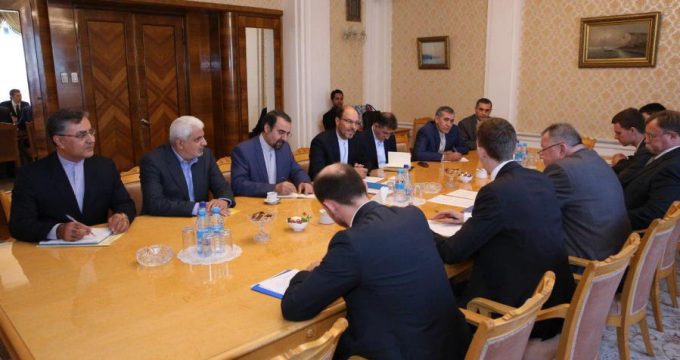 The Russian side invited Iran to participate in a conference on confronting illegal transfer of weapons to the terrorists that will be held in Moscow in September.

The two sides also discussed the latest terrorism threats in the Middle East and Afghanistan sharing their experiences on fighting the phenomenon.

The Iranian and Russian envoys also discussed the need to build up international cooperation to fight foreign terrorists with campaign against physical attempts and ideologies of the terrorist organizations being on the axis.

The two sides also consulted on prospect of mutual cooperation and exchange of information to fight terrorism on bilateral and international levels.