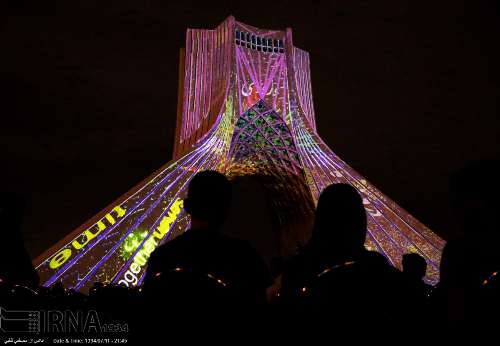 After sanctions, Iran’s economy is nearing a crisis

Bloomberg |Ladane Nasseri, Golnar Motevalli and Arsalan Shahla: In the runup to the Aug. 7 resumption of U.S. sanctions against Iran, the country’s beleaguered president, Hassan Rouhani, got stern directives from a few corners of the Islamic Republic. Iran’s Supreme Leader, Ali Khamenei, urged him to deal with corruption. The powerful Revolutionary Guards commander told him to focus on Iran’s slumping currency, the rial, while a sizable chunk of Parliament summoned Rouhani to harangue him about the sinking economy. None of them, however, had any advice on how to ease the growing sense of despair and outrage in the streets.

Over the past few weeks, record temperatures, power outages, and water shortages, along with a 50 percent rise in the price of some food items, have triggered scattered protests. One person was killed and 20 others detained in the city of Karaj, west of Tehran, in a protest on Aug. 3. In a nearby town, about 500 people used stones and bricks to smash the windows of a seminary and tried to set the building on fire, local media reported.

As bad as things are, they’re likely to get worse. The new sanctions ban purchases of U.S. dollars by Iran and prevent the trade of gold, metals, and automobiles. Their mere prospect has fueled a record crash in the value of the rial, down 70 percent since May. Government attempts to stabilize the currency by pegging it at a set rate to the dollar backfired and ended up speeding its decline. The real pain, however, will hit in November, when the U.S. reimposes sanctions on Iran’s oil industry, the economy’s lifeblood, in a bid to bring the country back to the table to renegotiate the 2015 nuclear accord.

This was supposed to be Rouhani’s time to shine. The 69-year-old moderate cleric is a year removed from winning a second four-year term as president on the back of his government’s successful negotiation of the nuclear deal, which he promised would lead to a wave of foreign investment and jump-start an economy weakened by years of isolation.

Only three years after the deal was signed, though, instead of enjoying the fruits of the accord, Rouhani has to explain what went wrong—and how he’s going to fix it. Speaking on state TV on Aug. 6, he indicated the U.S. needs to ease sanctions before he’d agree to any talks. To some observers, Rouhani’s attempts to deal with the situation have been reactionary and not part of a coherent strategy. “They’re dealing with crises as they happen,” says Saeed Laylaz, a pro-reform economist who has advised the government. “The people have lost their trust, and they are craving efficiency. They don’t care if it comes from men with beards or neckties.”

Laylaz is drawing a distinction between the pro-Western, secularist men who governed Iran before the 1979 revolution and the religious, anti-imperialist clerics who replaced them. Although Rouhani has a beard and dresses in the traditional garb of a cleric, he has governed as a moderate. He now finds himself on precarious middle ground. To the right, he faces pressure from conservative clerics who were critical of the nuclear deal to begin with. On the left, he’s blamed for not doing enough to reform the political or economic system during the two years the deal was in effect. Progress was made—oil exports surged, for example—but job creation couldn’t meet demand in a country where more than 60 percent of the population is under 30.

While there’s little to suggest Rouhani’s position is under any threat, the rapid deterioration of people’s prospects would leave any leader vulnerable, let alone one in an environment where Islamic conservatives wield such power. According to a survey early this year by Toronto-based IranPoll for the University of Maryland’s Center for International and Security Studies, more than 58 percent of Iranians thought economic conditions were getting worse, compared with 28.5 percent in August 2015, a month after the nuclear deal was struck.

And yet the political establishment knows that, at least for three more years, Iran is stuck with Rouhani. “There is no real alternative,” says Aniseh Bassiri Tabrizi, a research fellow at the Royal United Services Institute in London. A conservative populist candidate in last year’s elections was roundly rejected. “There is a realization that for now this is the only way forward,” says Tabrizi.

The crisis may actually end up strengthening Rouhani’s hand domestically, with the political elites uniting against the U.S. to ensure the survival of the regime. “Rouhani has had a setback. But now there is no reformist or hard-liner, they are all in the same boat,” says Amir Handjani, a senior fellow at the Atlantic Council. “The time to argue who’s to blame is not now; they can’t play petty politics.”

This moment has seemed inevitable ever since Donald Trump won the U.S. presidential election, in part by vowing to rip up the nuclear pact the minute he took office. After he pulled out in May, encouraged by Iran’s foes in Israel and the Persian Gulf, there was hope that the European signatories (Britain, France, Germany) could save it. It soon became clear how hard that would be, given how closely intertwined their companies are with the U.S. European companies including Peugeot parent Groupe, Total, and Daimler have all announced a halt to activity.

If the U.S. succeeds in shutting in a large portion of Iran’s oil exports, it could tip the country into a full-blown crisis. Consequences would be felt around the world. Denied access to Western finance, Iran is likely to accelerate its efforts to woo China. It’s also vowed to retaliate against any disruption to oil sales, with officials going so far as to suggest it may try to block the Strait of Hormuz—a narrow conduit for about 30 percent of the world’s seaborne-traded crude. Tensions with Persian Gulf nations already fighting proxy wars with Iran would spike.

Meanwhile, in Tehran, despair is setting in. “There’s no hope in general,” says Aliasghar Rezaei, a 58-year-old who used to run a garment factory but now works for a ride-hailing app. Steering his Iranian-made Peugeot through Tehran’s traffic, Rezaei talks about how he supported the 1979 revolution to overthrow the shah. “I fought for the revolution, and I probably still would,” he says, “but something has to change.”

Iman Baik, editor-in-chief of the technology daily Fanavaran-e-Etelaat, says there’s not a lot Rouhani can do to steady the rial or fix the broader economy as long as sanctions are in place. “The reins of the market have been practically in Trump’s hands in recent months,” he says.

On the day the sanctions went into effect, the gold markets in Tehran were packed with people trying to trade in their rials. At the less crowded exchange centers, a woman named Massoumeh said she’s spent months saving up to buy euros to help her daughter pay for dentistry college in Hungary. Now she couldn’t find a trader willing to exchange. “We rushed down here, but there’s nothing,” she said. “I’m desperate.”

BOTTOM LINE – President Rouhani had expected to be enjoying the fruits of the 2015 nuclear accord. Instead, Iran’s economy is nearing crisis with the resumption of U.S. sanctions.
Iran nuclear deal, JCPOA, US sanctions against Iran August 10, 2018
Restoring Iran bans entails ‘destructive’ repercussions, Russia warns US
Ex-US army officer on Trump’s Iran policy: President has got bad advisors