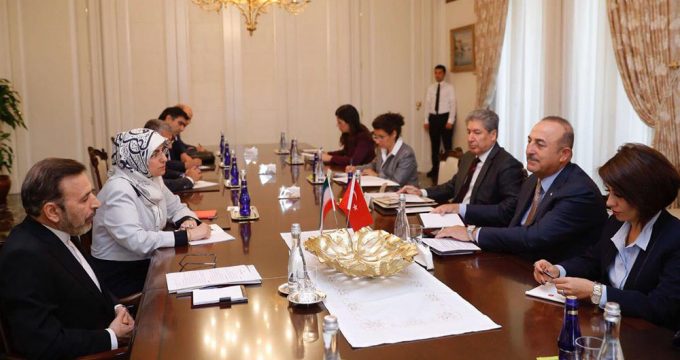 The two sides discussed bilateral issues and expansion of the two-way ties.

In an interview IRNA upon arrival in Turkey on Thursday, Vaezi had said the US’ unilateral sanctions are no longer effective.

Vaezi said both US’ sanctions on Iran and on two Turkish ministers have not been welcomed in the region and globally.

He said the new US government approach to global issues is unacceptable to the world public opinion.

He added that a government in the US thinks that what it says should be heeded by other countries and such a method is not acceptable by nations and governments.