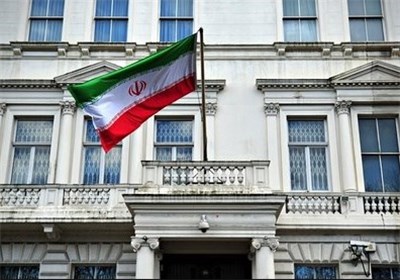 Press TV – Iran’s Embassy in UK has finally reopened its bank account in the country after years, an Iranian official from the embassy confirmed.

The embassy’s bank account was closed since 2009 due to the sanctions imposed by the West on the Islamic Republic over its nuclear program.

The official who spoke under condition of anonymity said the embassy is now carries on its financial affairs though the account.

The reopening of the embassy’s banking account comes about one year after Iranian ambassador to the UK Hamid Baeidinejad criticized British banks for their ‘unwillingness to deal with the Islamic Republic.’

The Islamic Republic of Iran has come under new pressure by the US after Washington reimposed a series of though economic sanctions this week.

The second round of the sanctions will be imposed in November through which the US will bar imports of Iranian energy and prevent financial institutions from conducting transactions with Iran’s central bank.

Iran has slammed the decision with Foreign Minister Mohammad Javad Zarif, saying the “bullying, economic power and political pressure may have led to some disruptions but today the US is isolated in the world”.