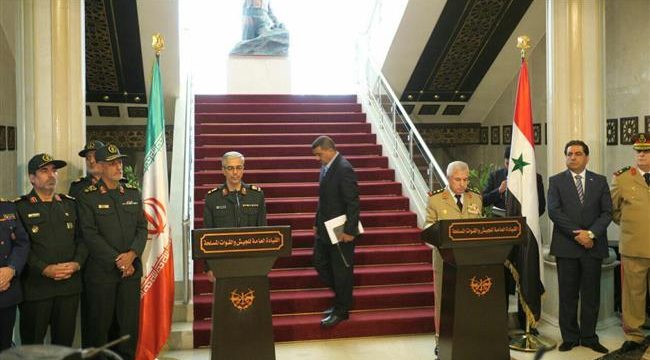 In a telephone conversation on Thursday, Baqeri and Ayoub discussed the latest developments in Syria amid terrorist groups’ successive defeats.

The Iranian top general congratulated Ayoub on the Syrian army’s recent victories in different areas, including Dara’a, and hoped that the Syrian army could take the last steps in the battle against terrorists more robustly so that Syria’s people can see an end to the presence of terrorists and alien forces in the country in the near future and return to their towns and villages.

He also underlined the need for speedy reconstruction of liberated areas.

Ayoub, for his part, expressed his gratitude to the Iranian leadership, armed forces and nation for their continued support for the people of Syria in their long battle against Takfiri terrorists.

He also invited Major General Baqeri to pay a visit to the Arab country.

Back in October, the Iranian top general travelled to Syria for talks with its military and political officials, including President Bashar al-Assad, and coordination of efforts in the fight against terrorism.

Syria has been gripped by civil war since March 2011 with various terrorist groups controlling parts of it.

In recent month, the Syrian army has managed to liberate many of the areas occupied by terrorists.