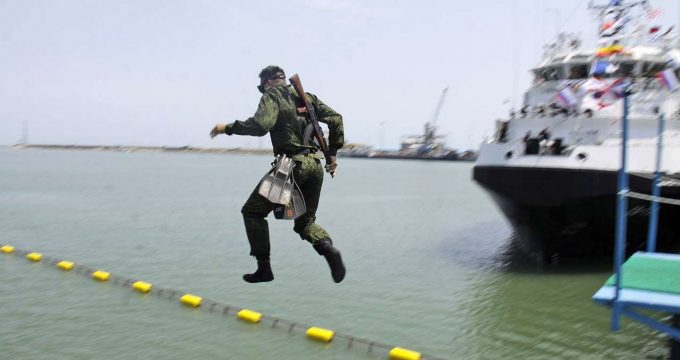 MNA – Iranian Navy team of divers claimed first place in the Depth Competition event at the 2018 seven-nation Army Games in Nowshahr on Thursday after nine days of fierce competition.

The Iranian Navy team of divers managed to set records in all of the seven items of Depth Competition that was held in the northern city of Nowshahr from 1-9 August.

The Depth Competition was one out of the 28 designated contests of 2018 International Army Games. Over 100 participants took part at the contest hosted by Iran.

The Games, running through July 29 to August 11, has been initiated by the Russian Ministry of Defense, and is co-organized this year by Russia, Iran, China, Belarus, Azerbaijan, Kazakhstan, and Armenia.