A look at Iranian newspaper front pages on August 9

Iran Front Page – IFP has taken a look at the front pages of Iranian newspapers on Thursday, August 9, 2018, and picked headlines from 14 of them. IFP has simply translated the headlines and does not vouch for their accuracy.

The fresh round of US sanctions on Iran and Baghdad’s surprising support for them received great coverage today. Many papers blasted Iraqi Prime Minister Haider Al-Abadi’s comments regarding the issue, calling it a betrayal.

Also a top story was the Iranian Parliament’s vote to impeach Labour Minister Ali Rabiee as the first minister to be sacked from President Hassan Rouhani’s cabinet since his re-election in 2017.

2- Al-Abadi Betrays Iran: Iraq to Implement US Sanctions on Iran 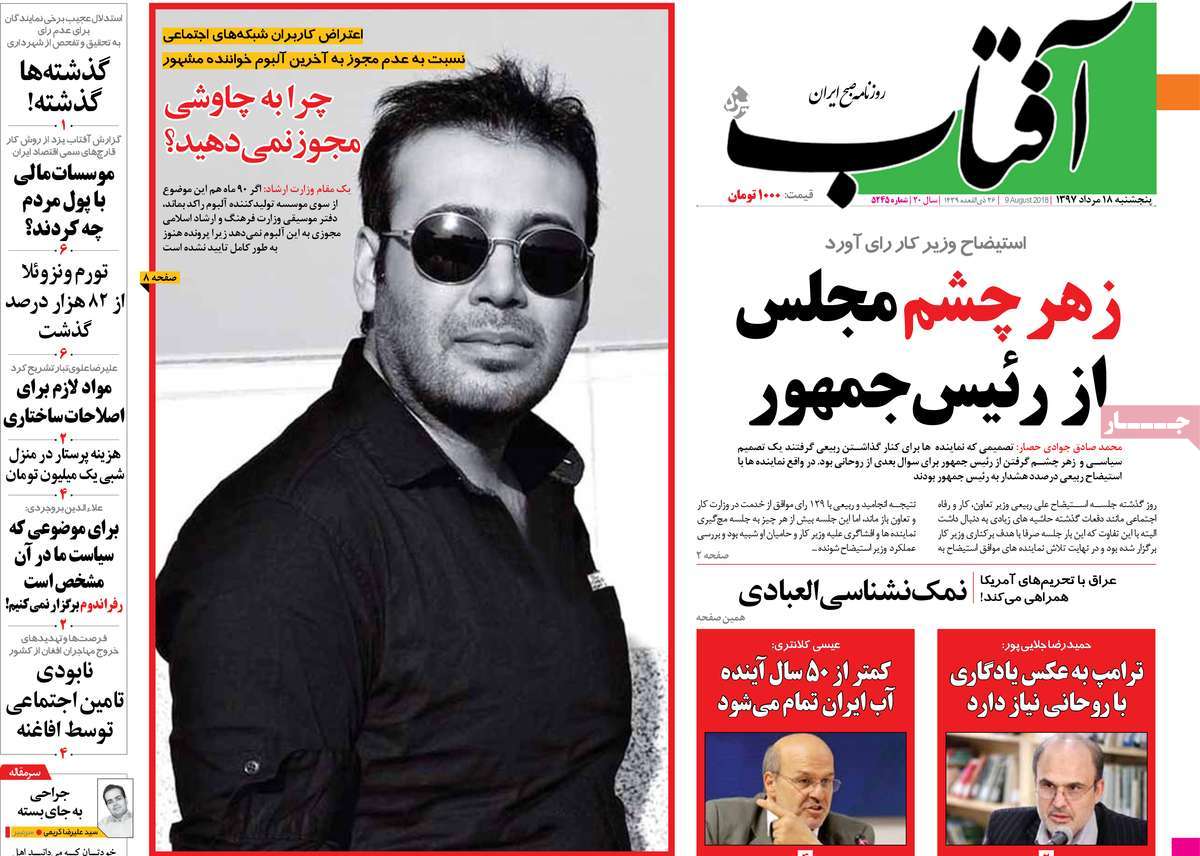 2- Rouhani Warns North Korea: US Unreliable, Untrustworthy, Doesn’t Do Any of Its Commitments 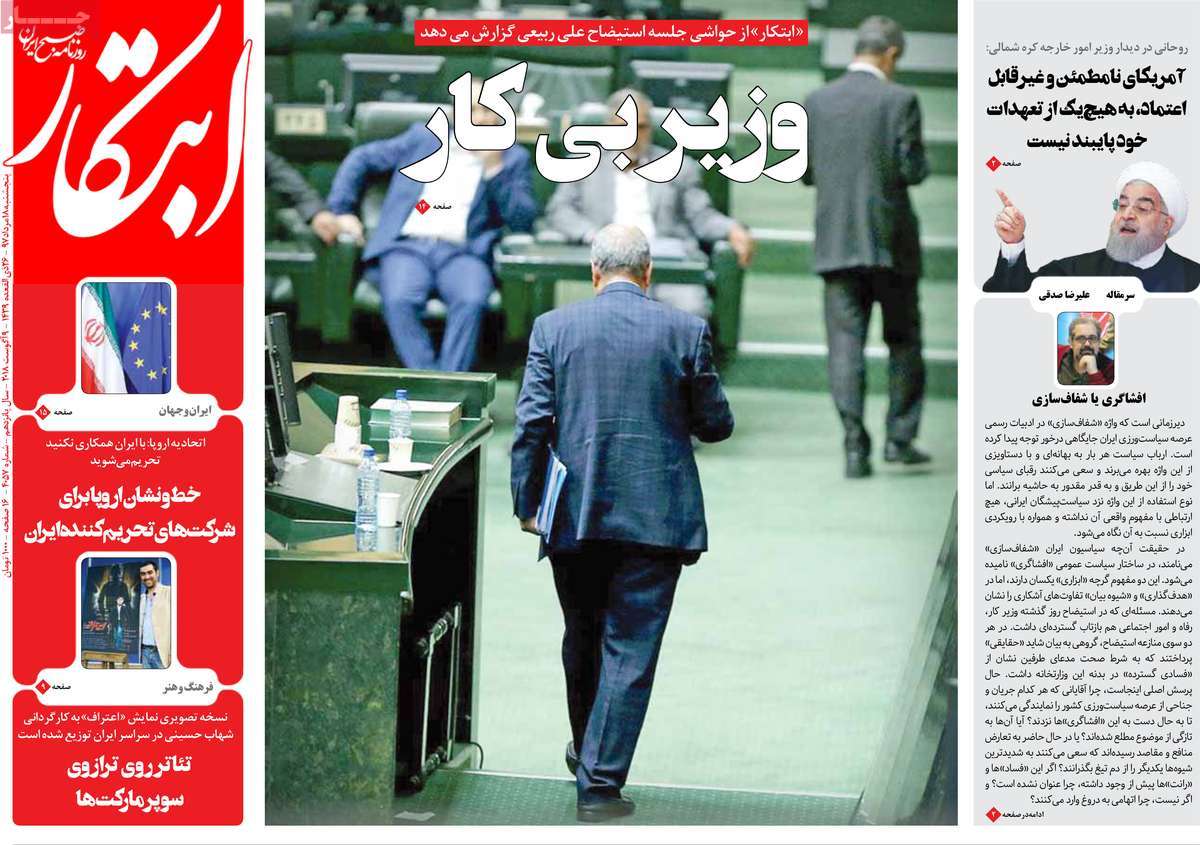 1- Iran to Run Out of Water in Less than 50 Years: Environment Chief 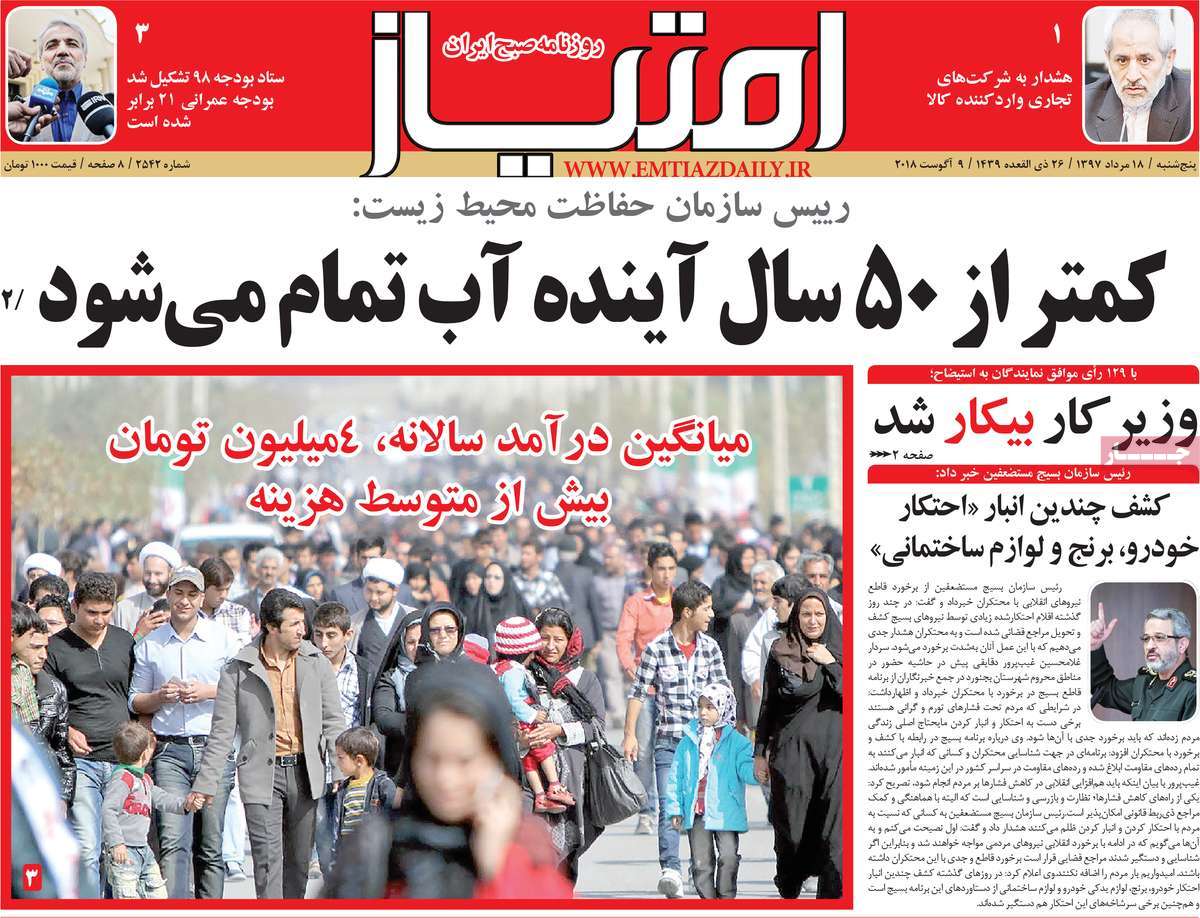 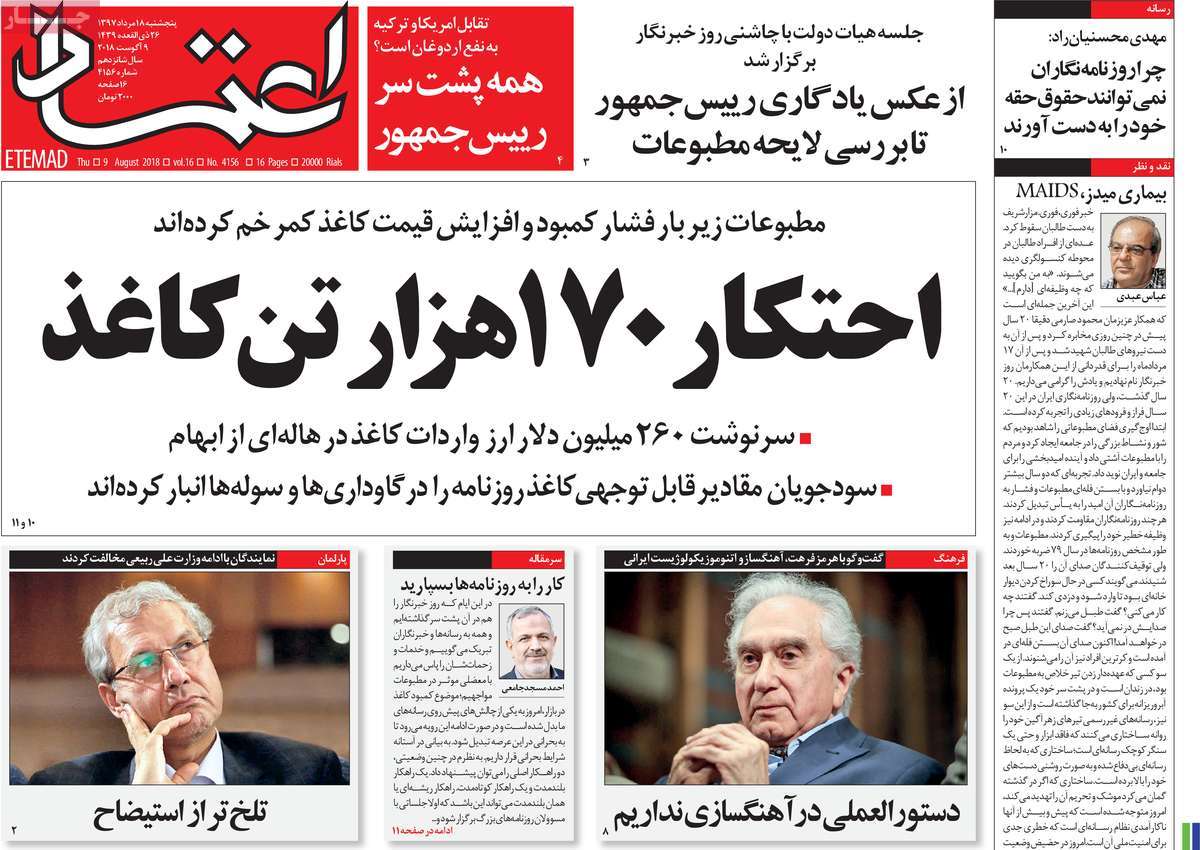 1- EU: Firms that Stop Doing Business with Iran to Be Put under Sanctions

2- Ammar Hakim: We’ll Stand by Iran against US Pressures 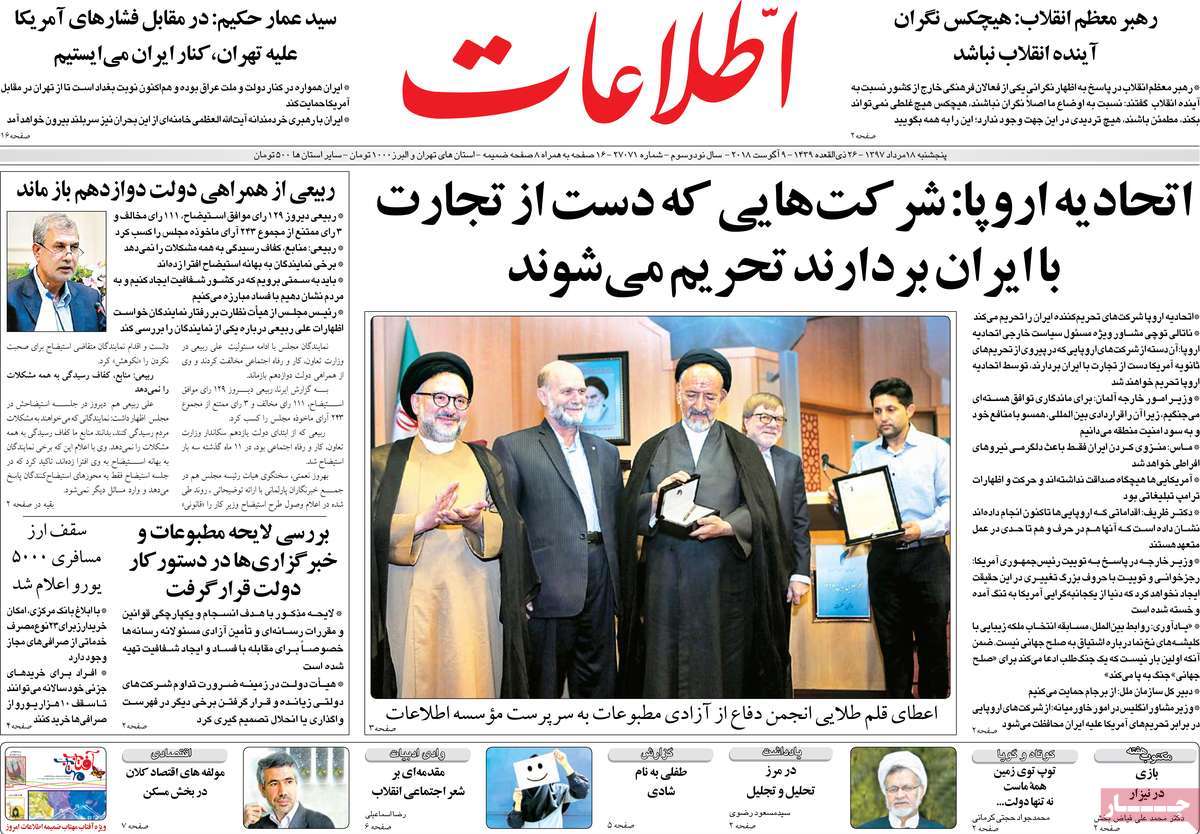 1- Forget about Visiting Istanbul and Dubai 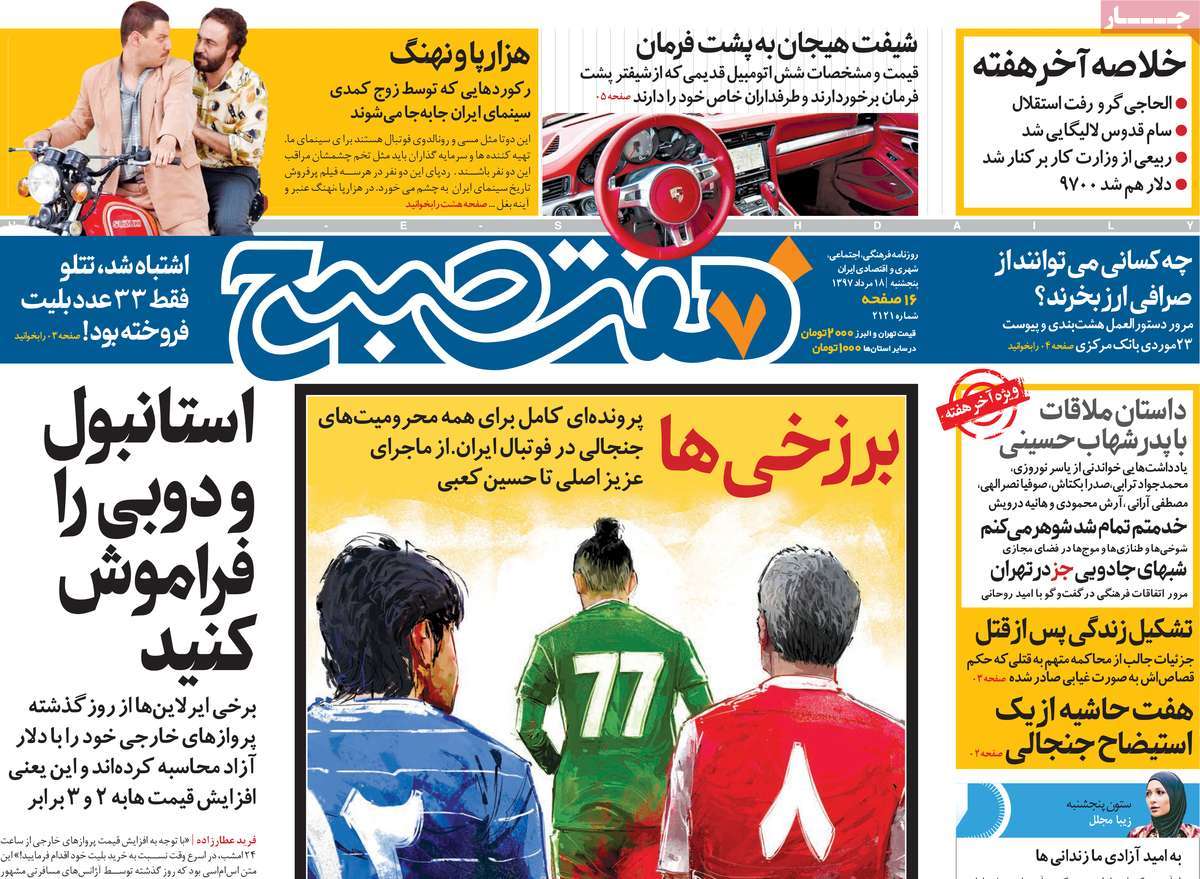 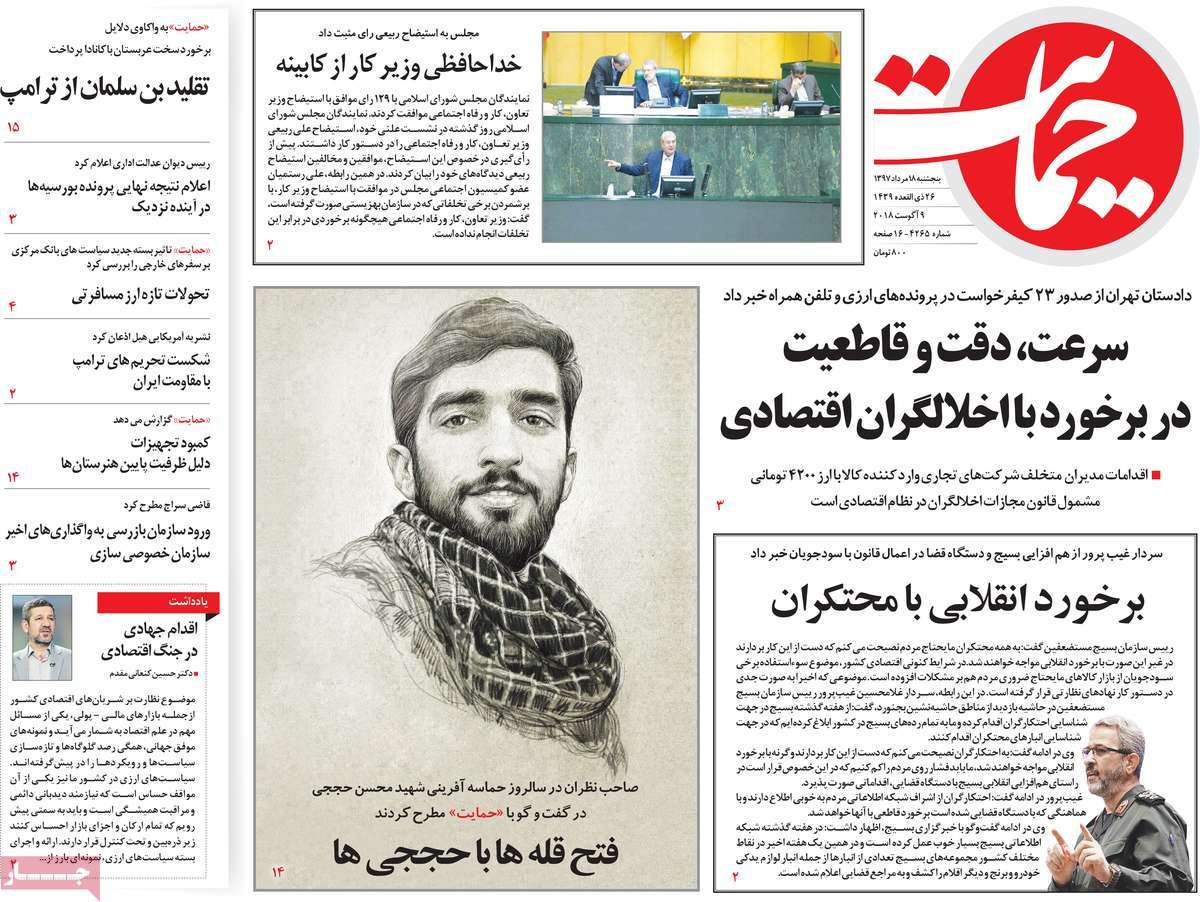 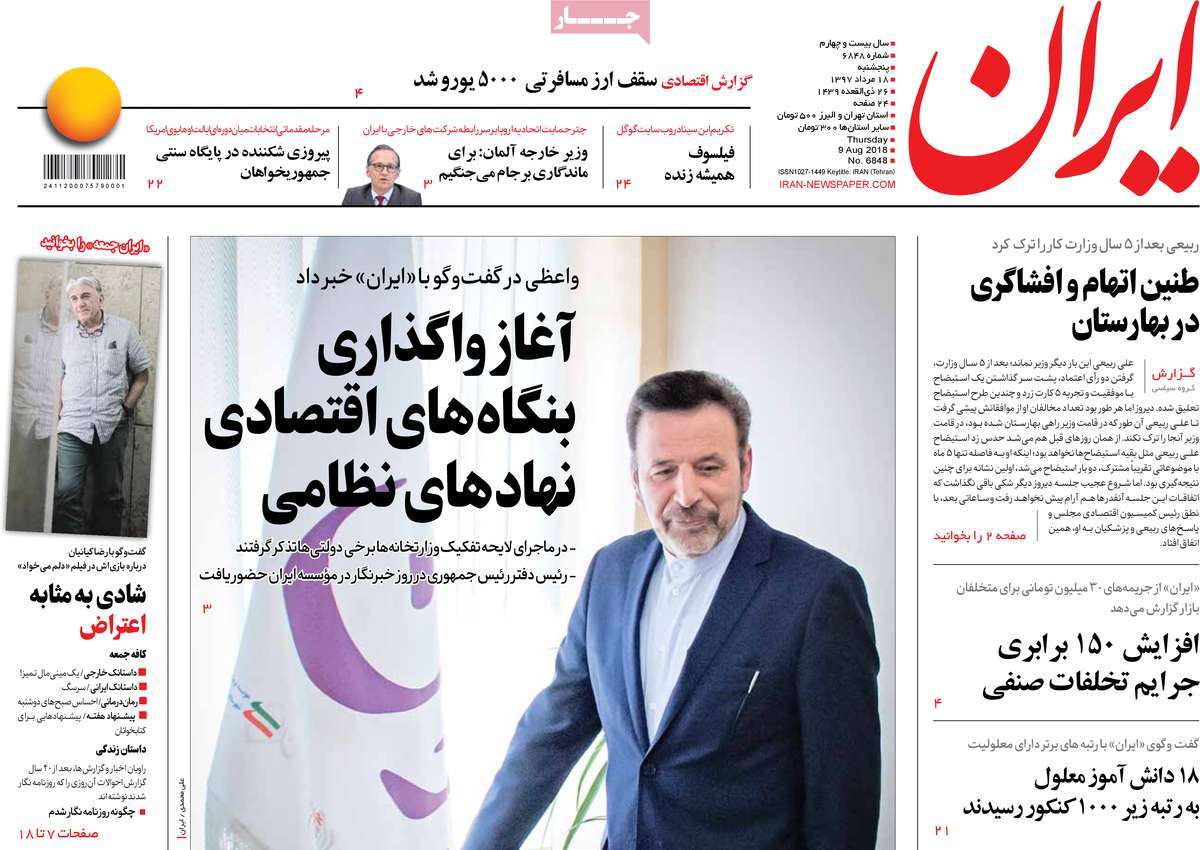 1- Iran Leader: Tell the World They Can’t Do Any Damn Thing [on regime change] 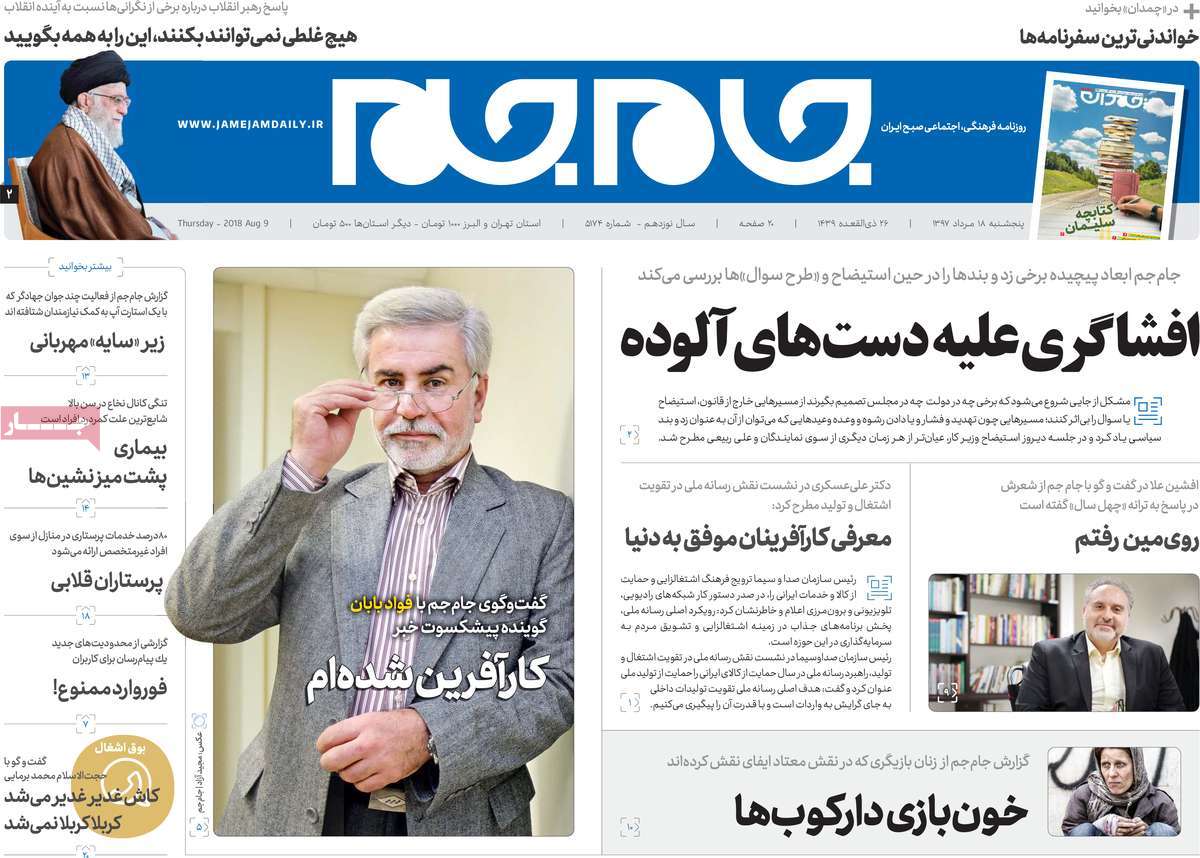 1- Those Selling Goods at Higher Prices Will Be Fined, Imprisoned, Executed: Prosecutor

2- Iraqi PM Endorses US Sanctions on Iran to Remain Premier 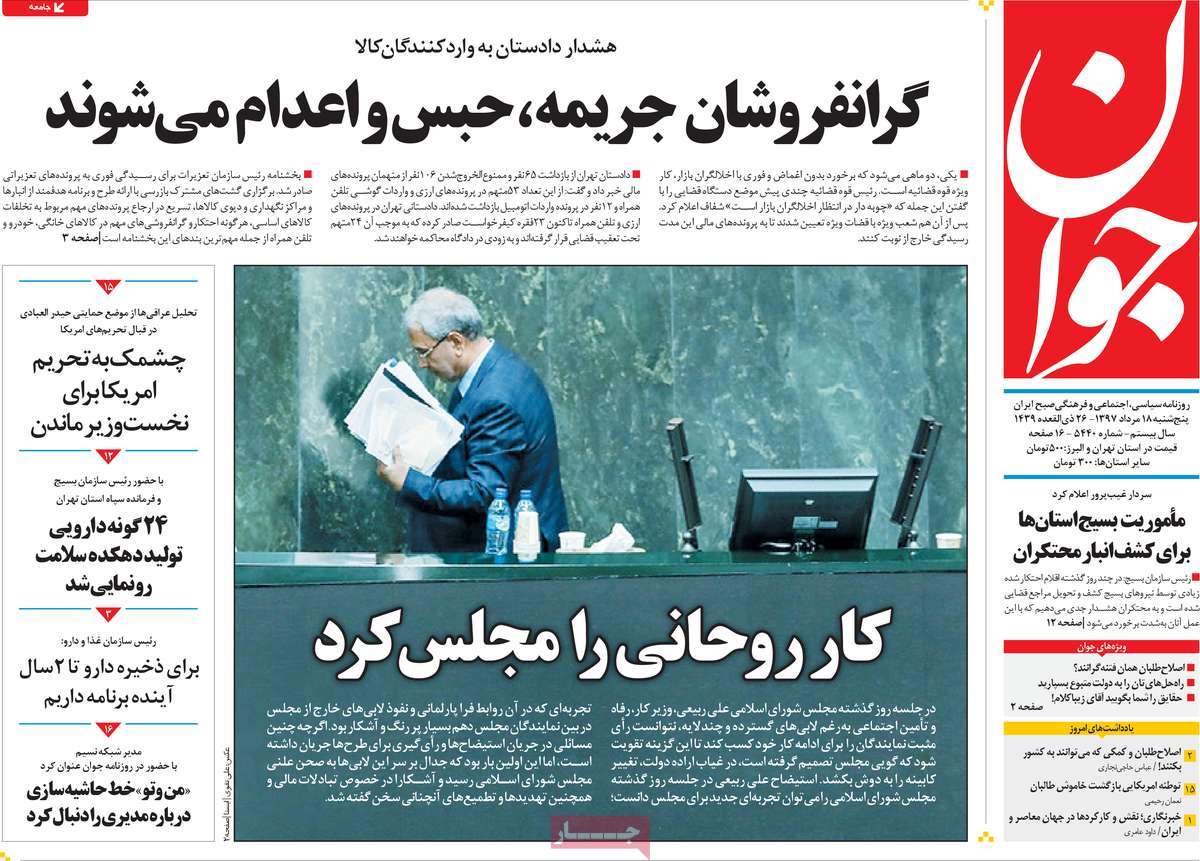 3- Iraq Duty-Bound to Support Iran against US Sanctions: Hakim 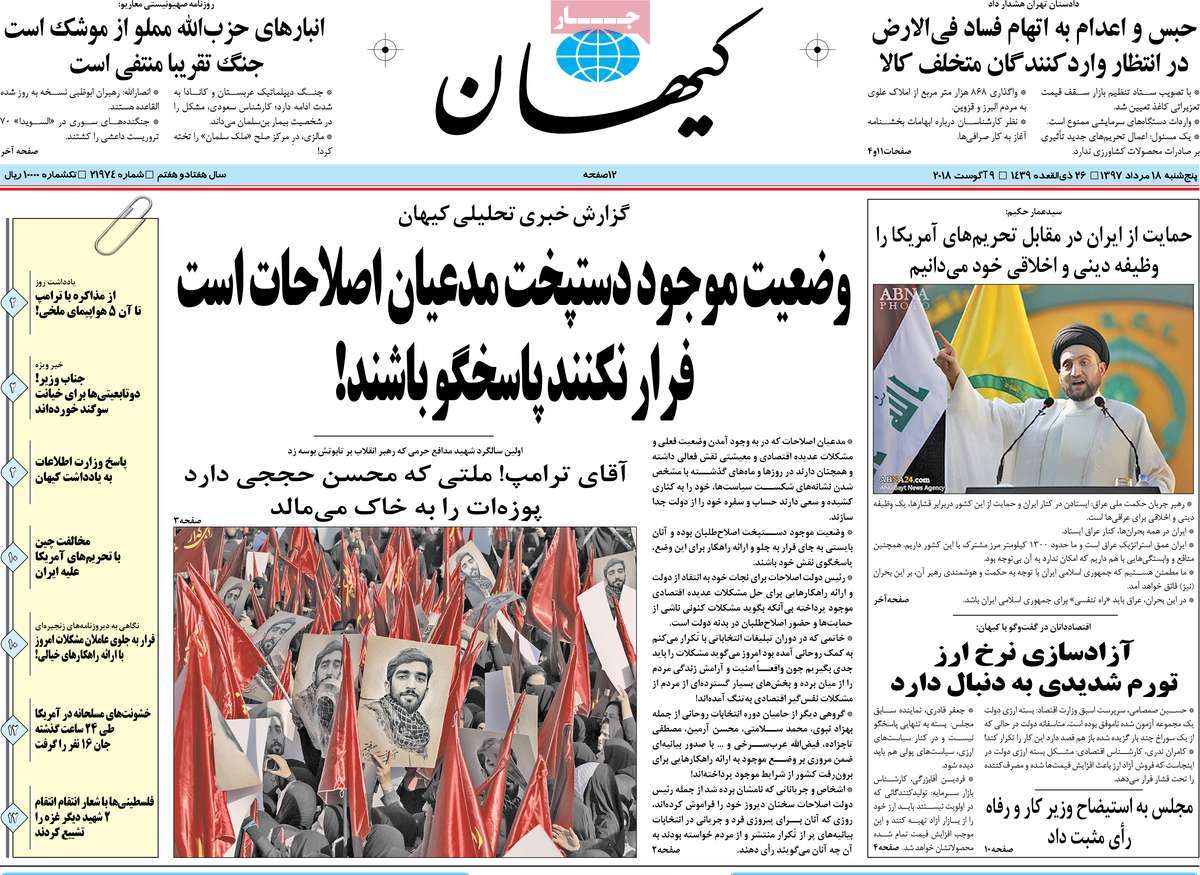 1- Prosecutor: Those Disrupting Economy to Be Jailed for 5 to 20 Years 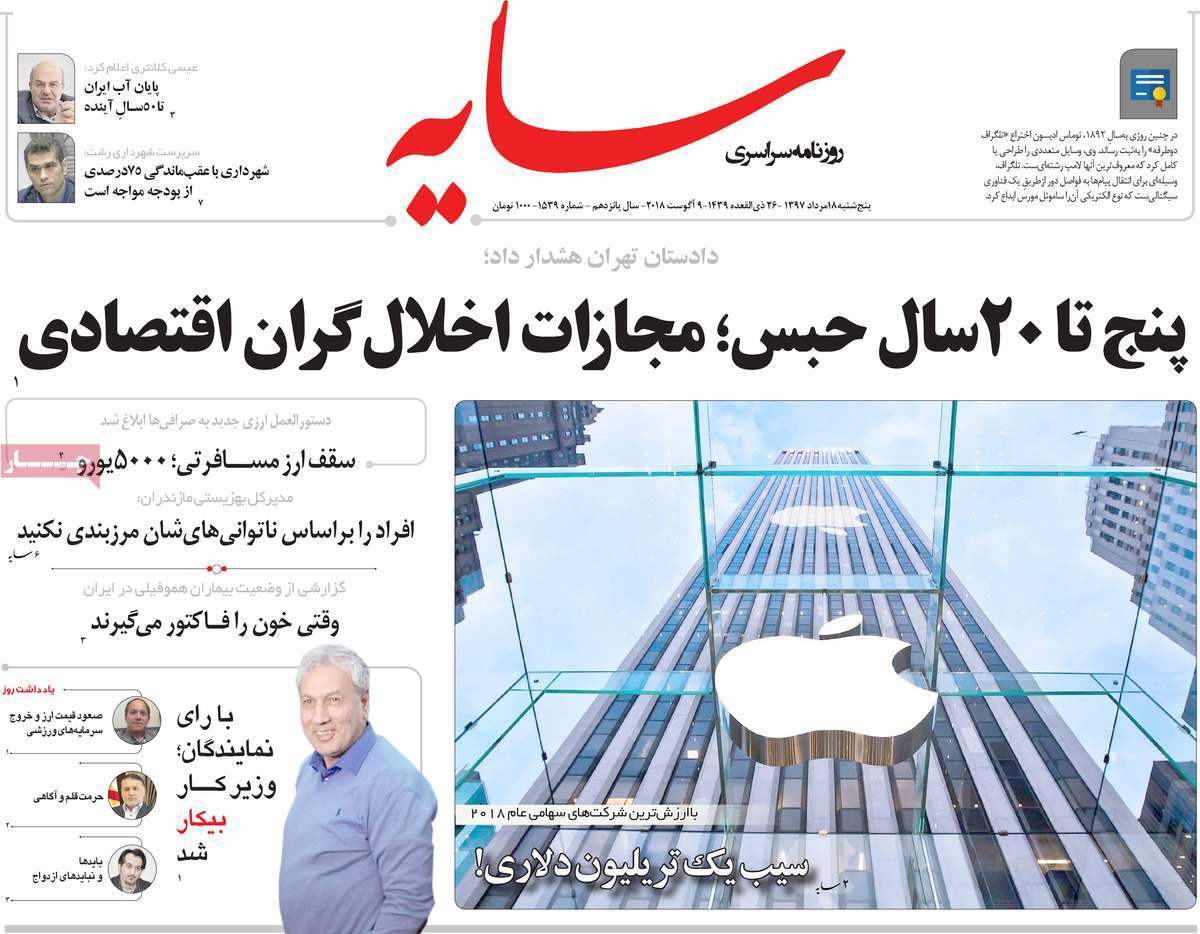 2- We Shouldn’t Be Deceived by US’ Domestic Conflicts 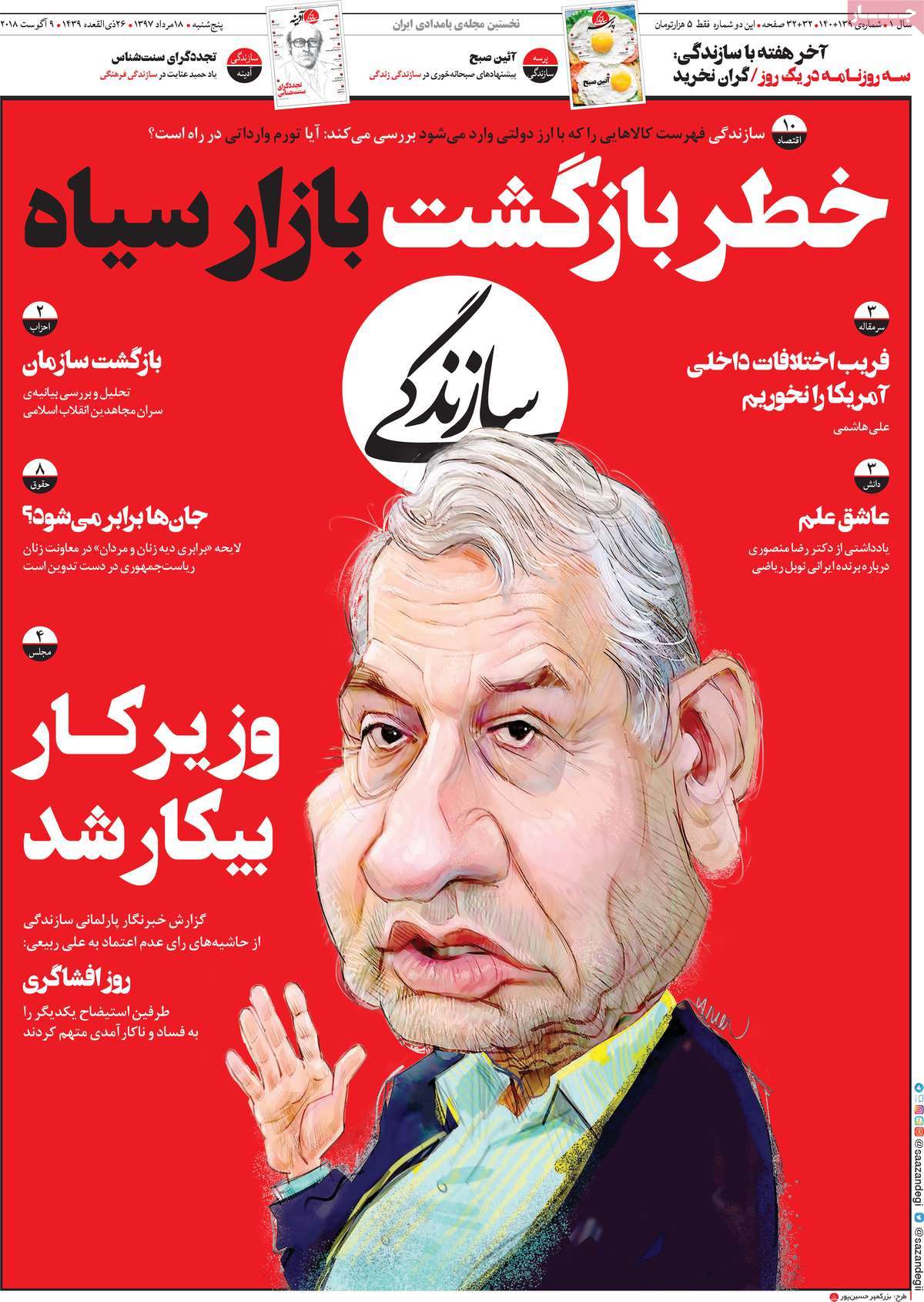 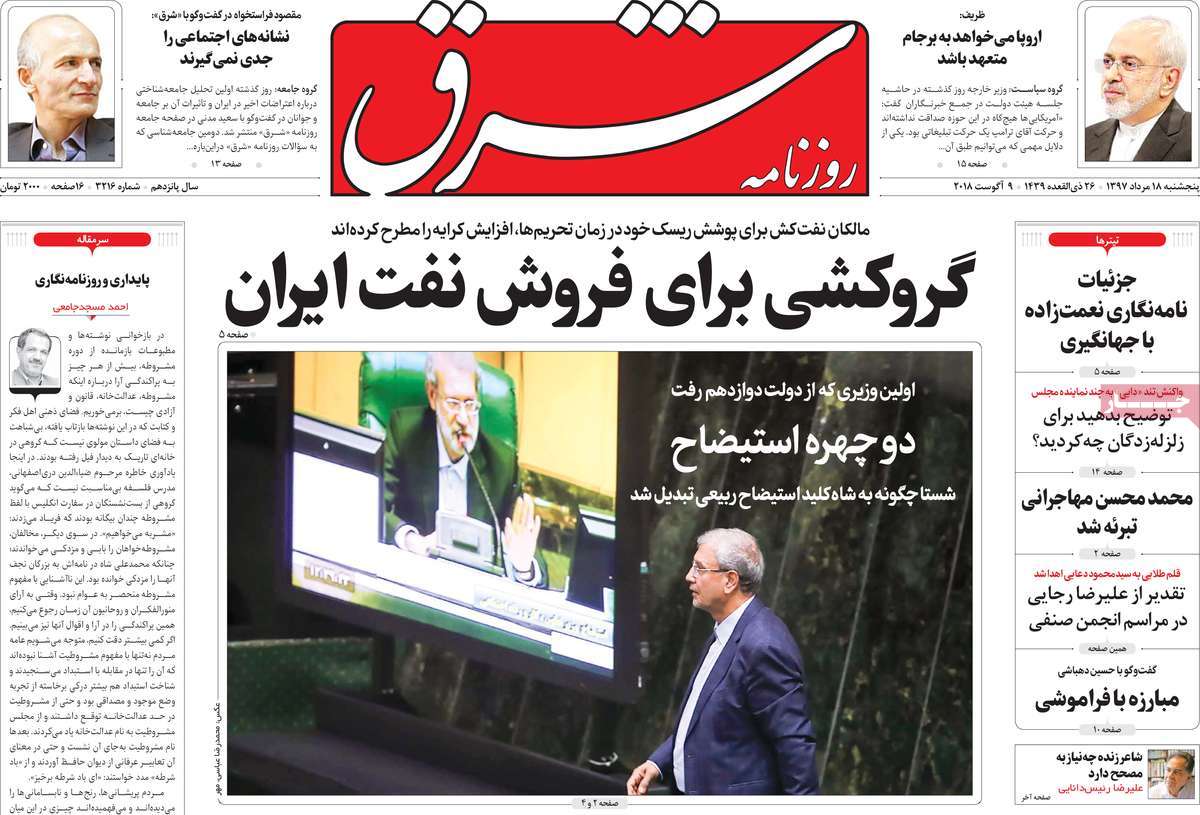