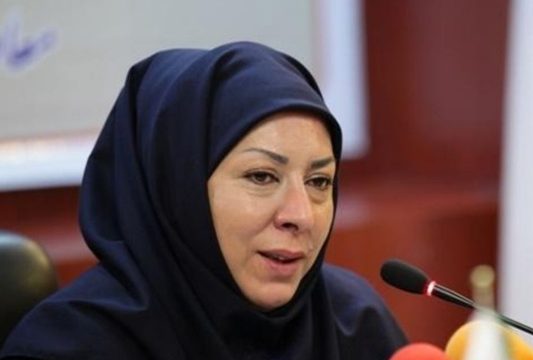 MNA – “The world should understand that women in Iran are very different from women of other Muslim countries,” Parvin Farshchi, the recently appointed ambassador of Iran to Finland, said here on Monday.

“Women in Iran enjoy good freedom; they are good planners. They are the decision-makers and majority of our university students in Iran are women,” she told the Tehran Times in an exclusive interview conducted in English.

“They have come far away from those days that women were not studying very much and they are far from barriers for their social appearance or for their participations in social events or even studying at the university,” Farshchi, holding post doctorate in coastal zone management explained.

“There are many women studying at universities at different courses in Iran. They are very much in the society as employees. They work. And also at high level.

“I am sure that I’m not to be the last woman ambassador of the Islamic Republic of Iran to other countries,” Farshchi, 58, added.

“There are many capable women in the country and I am sure with this approach of promoting the role of women in the society, which the government has adopted, many more women, who are much more capable than me, can definitely secure high positions either in national, regional or international levels,” she said with modesty.

“As an Iranian woman, at first place, I want to demonstrate Europe and the whole world, the way that women in Iran are living and make other people familiarized with what potentially Iranian women are capable of,” said Farshchi, explaining “what I found in Iranian woman is that they are very ambitious; they are very hardworking and they are very committed to what they have accepted as their commitment.

“They are well-educated. They have got a good social relationship with all groups at all levels of society. They are good managers and they have got lots of creative ideas that they can present.

“Being Iranian Muslim ladies, they have learned all through their life so many good beliefs, in the family and in the society,” said the current deputy environment chief for marine affairs.

“Iranian women have the ability to lead as a leader, good leaders for other women and other human beings,” she said.

Farshchi, went on to say that “What we can definitely, as a messenger of Iranian woman show to the society of Iran and the international society is to make people understand the true face of Iranian women.

“They are very capable and they are very hardworking; at the same time, I think they can be very good leaders in whatever responsibility they take.

“They are very powerful and from those starting days of being a daughter, being a sister or being a mother. They are really learning how to manage because they are the managers of the houses,” she highlighted.

“A woman is the core of a family and being the core of the family gives women so much of freedom in making the social relations, making decisions and to be good planners.

“Women of Iran are good planners in different levels; whether they are housewives or they are working at offices,” explained the official.

“I am very happy with this approach of the government that they are promoting the role of women in the society,” Farshchi emphasized.

Expressing happiness about being appointed as an ambassador to a country in which about 80% percent of women are active in the society, Farshchi put emphasis on many areas of cooperation between Finland and Iran in different spheres, not only culture and politics but on different spheres like economy.

“We can definitely have so much of relationships with Finland because they have got a very high ability in IT and technology and transfer of technology. Definitely there exists so much of mutual benefits for both countries,” she noted.

There would be definitely mutual cooperation between two countries on environment as well, because Finland is a member of very huge body of water, i.e. Baltic, Farshchi replied to Tehran Times question regarding mutual activities of the two countries.

“I believe that on the area of the environment, specifically when it comes to marine environment, there will be so much of common interests between both countries, she said, elaborating that we can definitely be thinking of working on marine environment issues, transfer technology, economy and culture.”

“I am sure that there are lots of mutual interests between both countries.

“I feel very proud to be given this opportunity to represent my country at first place and at second place to represent Iranian women. I hope that I can be successful and I can bring changes, positives changes, based on responsibilities that has been given to me.

“Basically, improving the relationships between the countries and at regional and international level will definitely bring prosperity to the country,” she enlightened.

“Off course, national interests are the first most significant issue but besides that I am sure that the whole world has come to the point that they have to be working together in order to bring prosperity to the human kind,” Farshchi concluded.

Working with the Department of Environment since 1998, Farshchi has been appointed as a senior advisor to the department chief since then. She has the opportunity to be appointed as a project manager for environmental cooperation between the Caspian littoral countries from the United Nations.

She was appointed as a project manager from 2009-2012. And she was coordinating cooperation between the five countries.

The Caspian Sea is the largest inland body of water in the world and accounts for 40 to 44% of the total lacustrine waters of the world. The coastlines of the Caspian are shared by Azerbaijan, Iran, Kazakhstan, Russia, and Turkmenistan.

Later on 2012, when she returned to the country, she was appointed as the deputy minister to the marine environment. All these years from 1998 till now she was coordinating all relationships on environmental issues between all eleven neighbors which are littoral countries of the Persian Gulf, Sea of Oman and Caspian Sea.

Being coordinators of activities between eleven countries has given Farshchi an opportunity to be working on regional and international dimensions of the work, she clarified.