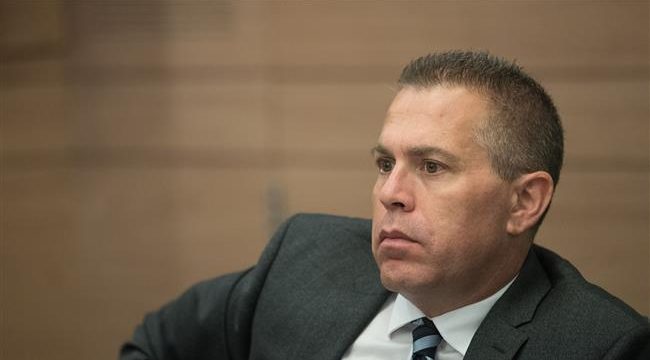 Press TV – Iran should entirely “disappear” from the world, that’s what Israeli Minister of Public Security Gilad Erdan had to say when asked about US President Donald Trump’s decision on Monday to re-impose anti-Iran sanctions that were lifted under a historic nuclear deal between Tehran and six world powers.

Speaking to Israel Radio on Tuesday, Erdan welcomed Trump’s decision in May to abandon the Joint Comprehensive Plan of Action (JCPOA) and his push to persuade the remaining signatories of the 2015 deal — the UK, France, China, Russia and Germany — to do the same through sanctions and economic incentives.

“It would be better if the Iranian regime would disappear entirely from this world, but it would also be a blessing to see [former US President Barack] Obama’s bad nuclear agreement replaced with a better one,” Erdan said.

The blatant statement by Erdan bears special significance given that Israel has long justified its animosity towards Iran by displaying a victim mentality.

While Israel remains the only known possessor of nuclear weapons in the Middle East, the regime has always criticized Iran’s will to maintain a peaceful nuclear energy program, accusing Tehran of seeking to produce nuclear weapons.

Israeli officials, along with their Saudi counterparts, have also sought to undermine the JCPOA ever since it was signed between Iran and the P5+1 group of countries.

The Israeli regime continues to chastise the European Union — the UK, France and Germany in particular — for standing by the deal and trying to ensure that economic benefits that it guarantees will flow to Iran.

Tel Aviv’s frustration with the EU was best reflected in Erdan’s words, who went as far as calling the bloc “morally bankrupt.”

“The EU is morally bankrupt, and we need to remember that next time they try to lecture us,” he said.

“The only hammer available right now is economic, and using that, there is a good chance Iran will fall to its knees,” he further claimed.

On Monday, Trump signed an executive order to resume a first round of unilateral sanctions. The second phase will come into effect in November, targeting Iran’s oil industry and foreign financial institutions with the Central Bank of Iran.