Bloomberg | Ladane Nasseri: Iran’s President Hassan Rouhani responded to the return of sweeping U.S. sanctions with a statement of defiance and a call for unity. But with his promise to reconnect a youthful, striving nation to the world through the 2015 nuclear deal crumbling, the consequences could be stark.

Renewed U.S. curbs following the Trump administration’s withdrawal from the accord took effect today, targeting Iran’s access to dollars, its gold trade and transportation sectors. Come November, restrictions will extend to Iran’s oil exports – the backbone of its economy.

For President Donald Trump, who boasted this morning that the sanctions were the “most biting” ever imposed, it’s a continuation of the tough-talking foreign policy approach he’s been eager to tout at home, particularly ahead of the November midterms.

The main casualty in the Islamic Republic has been its currency, the rial, which has been battered as Iranians snapped up black market dollars ahead of the restoration of the penalties. Yet if European signatories fail to salvage the nuclear deal and the economic damage spreads, it could fuel further anti-government protests and escalate Iran’s confrontation with Persian Gulf foes who back Trump’s offensive against Tehran. 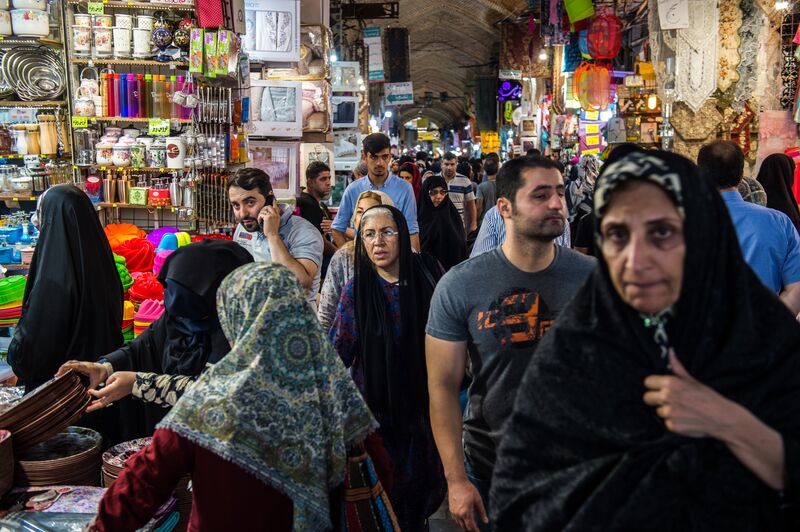 Iran’s central bank has scrapped most currency controls introduced this year in a bid to halt a plunge in the rial that has stirred protests against Rouhani’s government.Photographer: Ali Mohammadi/Bloomberg