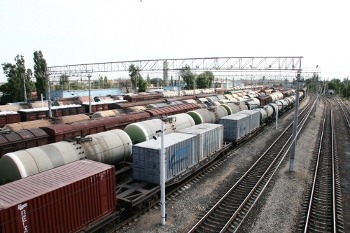 MNA – Oil exports from the Shahid Bahonar port in the south of Iran has increased by 40% over the past four months, according to the director general of the port.

According to the Iran’s Ports and Maritime Organization (PMO)-Hormozgan province branch, the director general of the Shahid Bahonar port Hamid Reza Mohammad Hosseini presented a report on the exports of oil products through the Shahid Bahonar port over the past four months (since the start of the Iranian year on March 21), indicating a 40% increase in the exports compared to the same period last year.

Hosseini also said the issuance of cabotage on non-oil goods has also increased by 116% in Shahid Bahonar port.

He further reported that 1.4 million passengers travelled through the two ports of Shahid Bahonar and Shahid Haghani in Hormozgan province, showing a 5% increase.

It is worth mentioning that Shaid Bahonar port plays host to nearly 5% of the total Iran’s port activities. It also serves as a transit route and transportation hub due to its 12 berths and access to open seas as well as its proximity to the Persian Gulf littoral states.