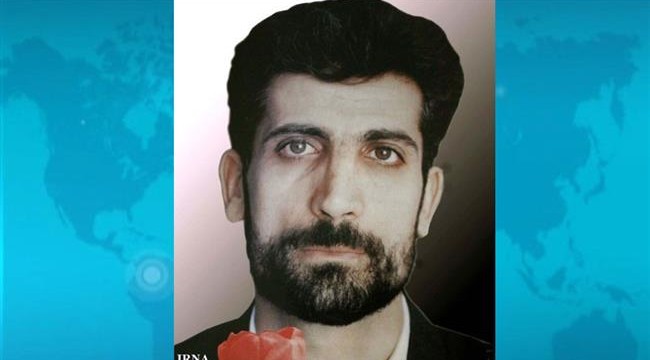 In tribute to Mahmoud Saremi, a devoted, investigative journalist

IRNA – The fall of Afghanistan’s Mazar-i-Sharif on August 8, 1998 by the Taliban terrorist group was a shocking news that reverberated across the region and the world.

Soon it was revealed that the Taliban captured the Iranian consulate in the northern Afghan city, killing Mahmoud Saremi correspondent of the Islamic Republic News Agency (IRNA), along with eight Iranian diplomats.

‘Just hours before his death, he called me,’ Khadijeh Rouzbehani, Saremi’s wife recalled in an interview with the Islamic Republic News Agency (IRNA).

‘My husband asked me to listen to the sound of the Taliban tanks barreling into the neighborhood, holding up the phone in the air,’ Rouzbehani said.

‘I could clearly hear the tank treads screeching,’ she said.

‘Mahmoud Saremi Correspondent of the Islamic Republic News Agency reporting: urgent news: Mazar-i-Sharif fell. I am reporting from Iran’s consulate in Mazar-i-Sharif. Some Taliban members are seen entering the premises of the consulate. Let me know what I should do…’

And the devoted Iranian journalist never had the chance to continue his job as a journalist.

But his last words before his detention along with the Iranian diplomats, demonstrated very well how dedicated he was to his job in Afghanistan even at that extremely critical time; when they were being captured by the Taliban terrorists; in the face of an impending death.

‘As his wife, I repeatedly asked him to abandon his job and escape the horrible situation in Afghanistan. But he used to insist that he should stay in the country until the end of his mission,’ Rouzbehani said.

Apparently, the Taliban terrorists first forced the Iranian journalist and diplomats to the basement and after a few minutes sprayed them with bullets.

Only one diplomat, Allahdad Shahsavan, shot in the leg and severely injured, survived the shooting.

Shahsavan survived after Jaffar Hosseinifard an Afghan man living at a house next to Iran’s consulate building, came to his aid.

According to Hosseinifard, the Taliban first decided to bury the dead bodies of the Iranian journalist and diplomats in a mass grave but they were finally delivered to the Red Cross to be handed over to the Iranian authorities.

Twenty years have passed; the bloody incident on August 8 that took the life of Saremi and other Iranians is observed each year as National Reporter’s Day in Iran.

Marking the day by the Iranians is a tribute to a committed journalist who despite all the dangers stood until the last minute and sacrificed his life.

A journalist should have the courage to take risks; he or she should go into the heart of dangers and continue to believe that what he or she does is going to help address global problems and bring peace and justice.

‘Any reporter in his place would have done the same,’ Rouzbehani said, stressing that taking risks and making sacrifices are integral parts of journalists’ job.

‘But I do believe that the governments should do more to protect journalists working in the crisis areas,’ she stressed.

‘But as a journalist, I could not stop him,’ said she, who is currently working as an IRNA reporter in Tehran.

Frank La Rue, the UNESCO Assistant Director-General for Communication and Information said, “On average, one journalist is murdered every four days.”

The number of journalists killed this year has soared to 44 in 18 countries during the first four months of 2018, up from 28 in the same period last year, the Geneva-based Press Emblem Campaign (PEC) said in May.

These people are killed to promote a single cause, putting in the spotlight many of the terrible events dominating our century and showing the world the misery, injustice and insecurity suffered by innocent people under oppression; in the same way the Iranian journalist and head of IRNA bureau did, going to the limits to even giving his life for the cause.

‘He wanted to let the people in the world know about what is going on in Afghanistan and promote global awareness about their sufferings in the war-torn nation,’ Shahsavan said.

‘All the people in Mazar-i-Sharif used to know Saremi and everybody liked him as he used to report faultless, true news stories about the real situation in Afghanistan,’ he said.

But away from adopting a truth-seeking, investigative approach, in order for a reporter to find a place in the heart of a nation, he or she needs to exercise freedom and courage.

‘The people in Mazar-i-Sharif used to recognize Saremi as a courageous free reporter from Iran who used to speak from within the public,’ Shahsavan said.

*Reza Bahar is on the editorial staff of IRNA English news.