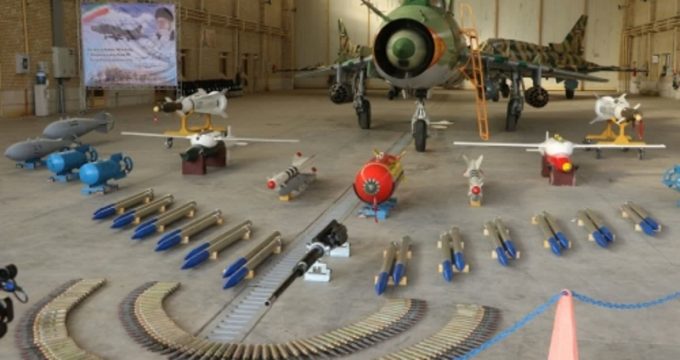 IRNA – Details of Iran’s air-launched cruise missiles with a range of 1,500 kilometers were unveiled by an Islamic Revolution Guards Corps (IRGC) expert on Tuesday.

The plan to use cruise missile mountable on Sukhoi-22 was first raised in Shiraz air base at the same time with unveiling 10 optimized Sukhoi-22.

The expert said that air-, land- and sea-launched cruise missiles have long been used in Armies across the world.

The missiles are launched by a booster and primary propulsion system, and then they will continue their travel following their second engines that are usually jet type.

When the missiles are mounted, the fighters play the role of primary propulsion systems.

The air-launched missiles are designed for predetermined targets navigation is base on Ins, GPS, Glonass, Terom and DSMAC.