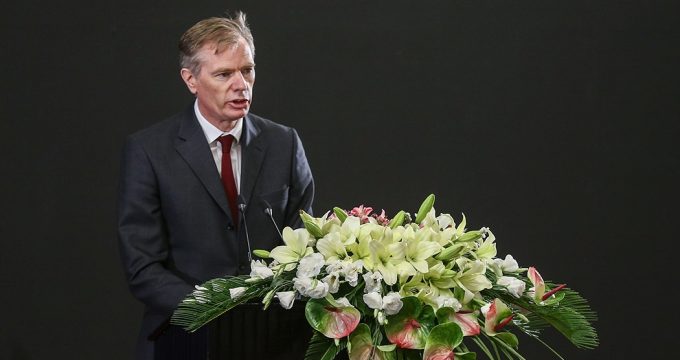 The statement says the European Union expresses its deep regret over the US reinstatement of sanctions on Iran, saying the 28-nation bloc and other signatories would work on keeping financial channels with Iran open.

“The JCPOA is working and delivering on its goal, namely to ensure that the Iranian program remains exclusively peaceful, as confirmed by the International Atomic Energy Agency (IAEA) in 11 consecutive reports,” the joint-statement of Mogherini-E3 FMs reads.