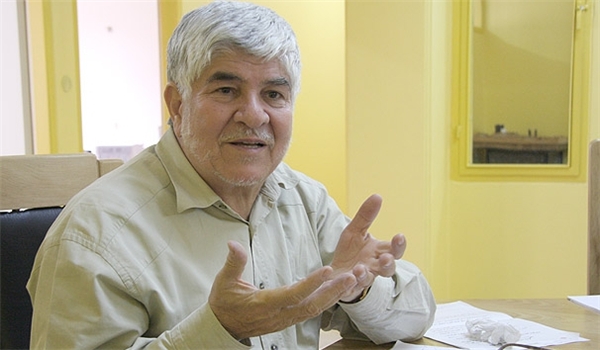 Rafsanjani’s brother opposed to talks with US

FNA – Brother of former Iranian president, late Akbar Hashemi Rafsanjani, warned that the government should never make a mistake by sitting to the negotiating table with US President Donald Trump as he is not trustworthy.

“If they decide to negotiate with Trump, it would be a mistake because Mr. Trump has not complied with his undertakings and he even took off his signature at the airport after the G7 meeting,” Mohammad Hashemi Rafsanjani, also a former member of Iran’s Expediency Council (EC), told FNA on Monday.

He said that Trump is after theatrical acts rather than developing an understanding during negotiations, adding that instead of talks with Trump, the Iranian officials should try to create further unity and integrity in the country.

In relevant remarks last week, former Iranian interior minister Abdolvahed Mousavi Lari blasted Washington for violating international agreements, including the 2015 nuclear deal, stressing that talks with the US would not benefit Tehran’s interests.

“Under such conditions that the US administration is not committed to the implementation of international agreements, including the nuclear deal, speaking of talks with the country is meaningless,” said Mousavi Lari, the interior minister during former reformist president Seyed Mohammad Khatami’s tenure, on Saturday.

Trump said on July 30 that he would “certainly meet” Iranian president Hassan Rouhani without preconditions, a move that was later rejected by Trump’s own administration.

Speaking during a joint news conference with Italy’s prime minister, Giuseppe Conte, Trump said he would meet Iran “anytime they want to”. “I’ll meet with anybody,” he said. “There’s nothing wrong with meeting.”

After the comment, US Secretary of State Mike Pompeo appeared to contradict Trump, listing preconditions that had to be met first.

He told CNBC that “if the Iranians demonstrate a commitment to make fundamental changes in how they treat their own people, reduce their malign behavior, can agree that it’s worthwhile to enter in a nuclear agreement that actually prevents proliferation, then the president said he’s prepared to sit down and have a conversation with him”.

Also, Garrett Marquis, a spokesman for the president’s National Security Council, later said in a statement the US would not lift any sanctions or re-establish diplomatic and commercial relations until “there are tangible, demonstrated, and sustained shifts in Tehran’s policies”.

“Until then,” he said, “the sting of sanctions will only grow more painful if the regime does not change course.”

Hamid Aboutalebi, one of Rouhani’s advisers, set his own conditions for any meeting with Trump, saying “respect for the great nation of Iran”, returning to the nuclear deal and a reduction in hostilities were needed first.

“Mr. Trump! Iran is not North Korea to give a positive response to your demand for a meeting. You should know that the Iranian nation…will never allow their officials to negotiate and meet with the Great Satan,” Jafari wrote in a letter.

He described Trump as an unskilled president in politics, and said, “The former US presidents who were either military men or politicians knew much better than you or they learned that Iran and the Iranian people cannot be threatened and rather grow united and single-hearted against any threat and pressure by foreigners.”

“You will take this wish to the grave to see the day when the Islamic Republic of Iran demands for a meeting with you or is allowed by the nation to meet you. You will never see that day,” General Jafari said, addressing Trump.

He underlined that the next US presidents will not see another day when the Iranian officials sit to the negotiating table with them either.

General Jafari said that the Iranian nation will resist until it achieves final victory and inflicts ultimate defeat on the arrogant powers by withstanding the cruel and inhumane sanctions thanks to the divine promises, huge internal resources and the leadership of a wise leader.

But the Vienna talks on July 6 among foreign ministers from Iran and the five world powers (Russia, China, Germany, France and Britain) failed to satisfy Iran with senior officials in Tehran complaining that the Europeans had offered nothing new to ensure Iran’s continued merits under the deal.