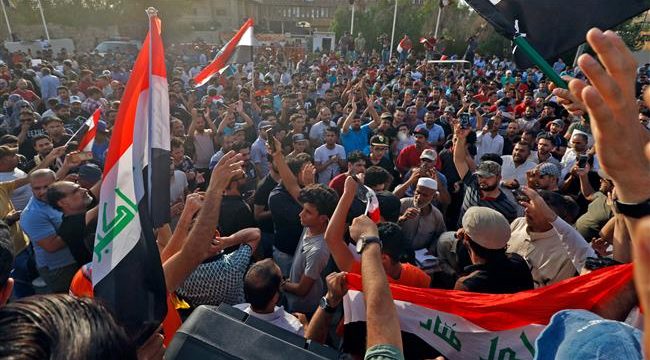 Press TV – Less than a month after a surge of unrest in Iraq over poor public services, particularly power cuts and rampant corruption, residents in southern areas of the Arab country have once again staged protests.

The Iraqis, angry with constant blackouts and the central government’s mismanagement of the situation, poured into the streets of southern Iraqi cities on Sunday.

In Samawah, protesters have been holding a sit-in for more than a week, deploring what they call misappropriation of billions of dollars from the state budget in the last couple of years.

Elsewhere in the important city of Basra, an oil-rich port in the southeasternmost corner of Iraq, tribal chiefs and religious leaders joined several hundred demonstrators in front of the provincial headquarters.

Security forces were deployed to the southern areas to handle the unrest.

There were no reports of clashes over the weekend, but a total of fourteen people have been killed since the protests started in July.

Civil protests in Iraq have not subsided despite the Baghdad government’s pledge to pump billions of dollars into the energy-rich south.

Anti-corruption rallies were even held in Baghdad’s central Tahrir Square, but they later waned to just a few dozen protesters.