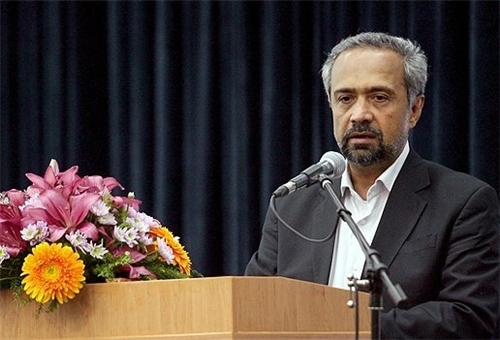 IRNA – Domestic economic growth and developing exports are the best response to US threats, Vice President for Economic Affairs Mohammad Nahavandian said during a local gathering in this southwestern capital city.

Certain groups are creating disappointment in the society, Nahavandian said Sunday addressing a meeting between government and private sector in Khuzestan province adding that the current situation makes the responsibility of economic activists more sensitive.

While ill-wishers are after imposing economic sanctions on Iran, the country’s economy should be further promoted, he said.

Commenting on Iranian government’s policies in the field of Forex, he said supplying basic goods and drugs are the most important priority at the moment.

Nahavandian took a trip to Khuzestan on Sunday to review economic issues.

After Washington’s May 8 exit from the landmark Iran Deal formally known as the Joint Comprehensive Plan of Action (JCPOA), the US gave 90 to 180 wind-down period to other countries before it starts re-imposing oil sanctions on Tehran on November 4. Part of the US illegitimate sanctions are to be imposed on Iran as of August 9.

Trump also said he would reinstate the US nuclear sanctions on Iran and impose “the highest level” of economic bans on the Islamic Republic.