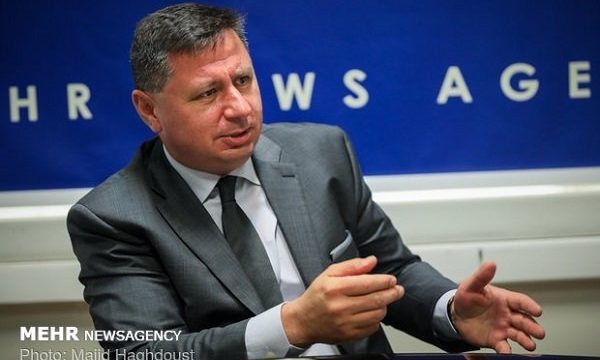 MNA – Bulgarian Ambassador to the Islamic Republic of Iran Christo Polendakov said that scientific and technological cooperation between Bulgari and Iran will be broadened in three scientific fields including nanotechnology, information technology (IT) and smart cities.

Given the above issue, high-ranking officials and representatives of Iranian universities have paid separate visits to a number of Bulgarian universities and academic centers in recent years, he maintained.

Moreover, representative of University of Bulgaria attended University of Tehran aiming to enhance cooperation in the fields of science and technology.

The Bulgarian ambassador went on to say that his country has planned specific program for boosting cooperation with the Islamic Republic of Iran in dentistry field, and added, “last year, representative of University of Bulgaria visited Tehran University of Medical Sciences (TUMS), the outcome of which led to exchange of scholarship between the two countries.”

He further noted that representatives of Bulgarian universities will pay a visit to the academic centers in Tehran and Isfahan provinces in Sept. 2018, adding, “this issue will pave suitable ways for the two sides to accelerate scientific and technological relationship directly.”