A Look at Iranian Newspaper Front Pages on August 5

Iran Front Page – IFP has taken a look at the front pages of Iranian newspapers on Sunday, August 5, 2018, and picked headlines from 11 of them. IFP has simply translated the headlines and does not vouch for their accuracy.

Iranian papers today widely covered the delivery of five ATR passenger planes to Iran one day before the US re-imposes the first series of its sanctions on the Islamic Republic.

Also a top story was the ongoing economic problems, including price hikes and high inflation, in Iran and the protest rallies held across the country, some of which have turned violent.

The issue of Iran-US negotiation and various viewpoints expressed about it also remained a top story today.

1- Imam Khomeini’s Grandson: If We Have Any Deficiencies, We Must Accept It 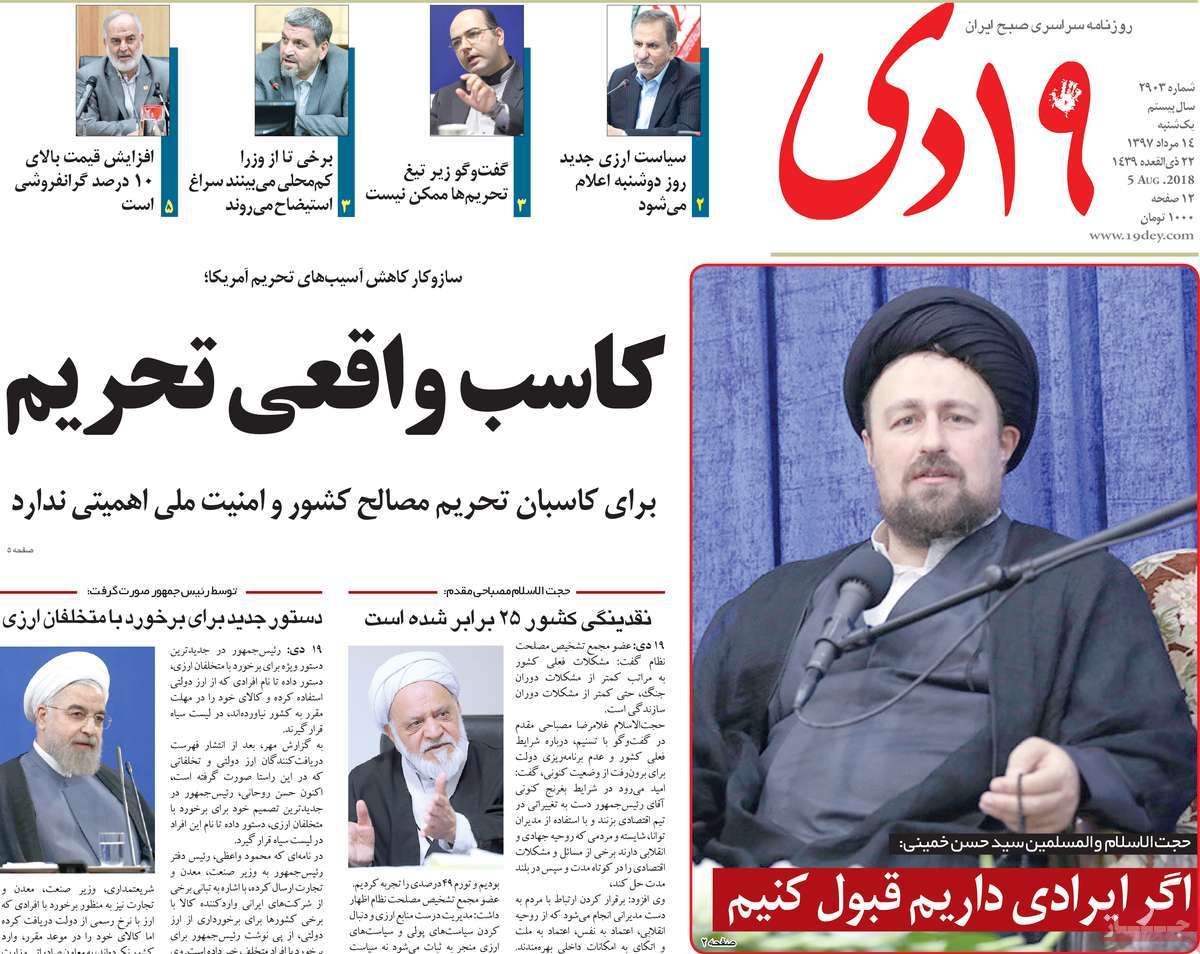 2- Government Must Get Engaged in Economic War with Revolutionary Approach: Basij Chief 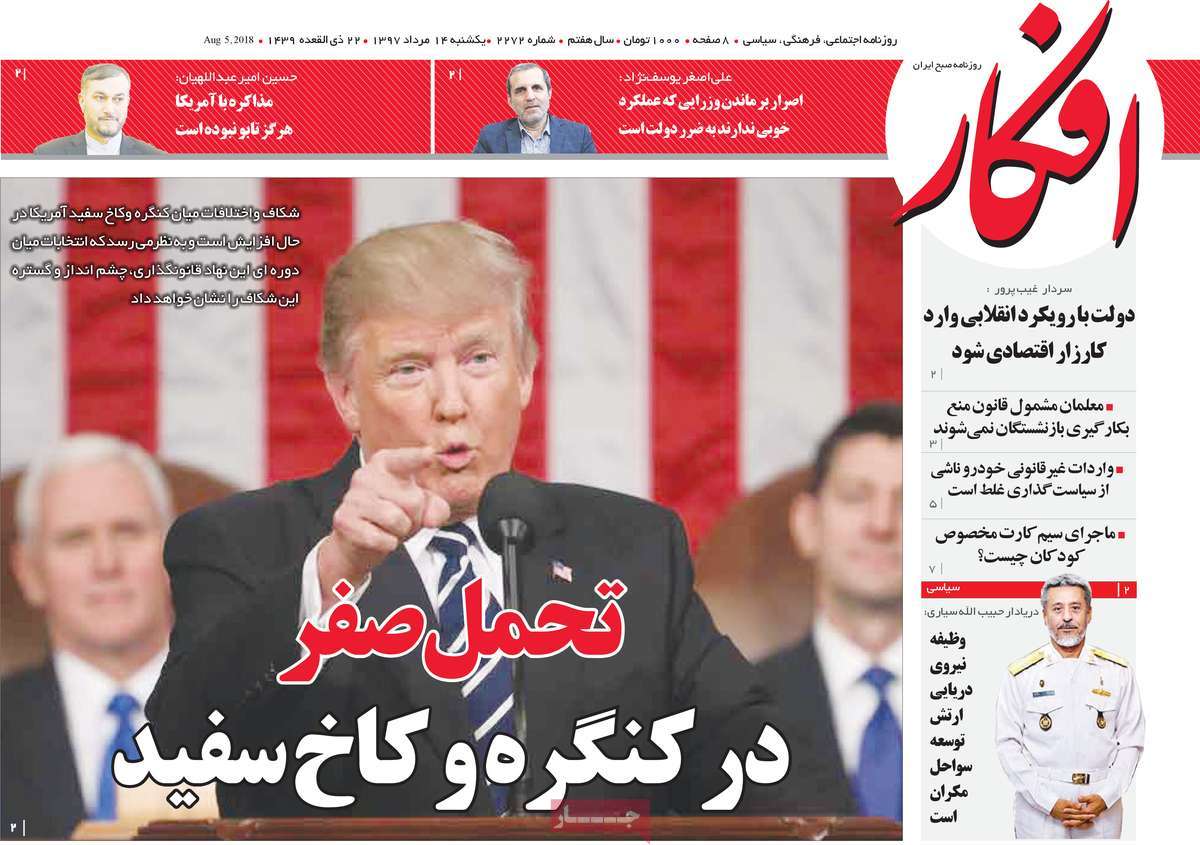 1- Why Is Rouhani Silent? 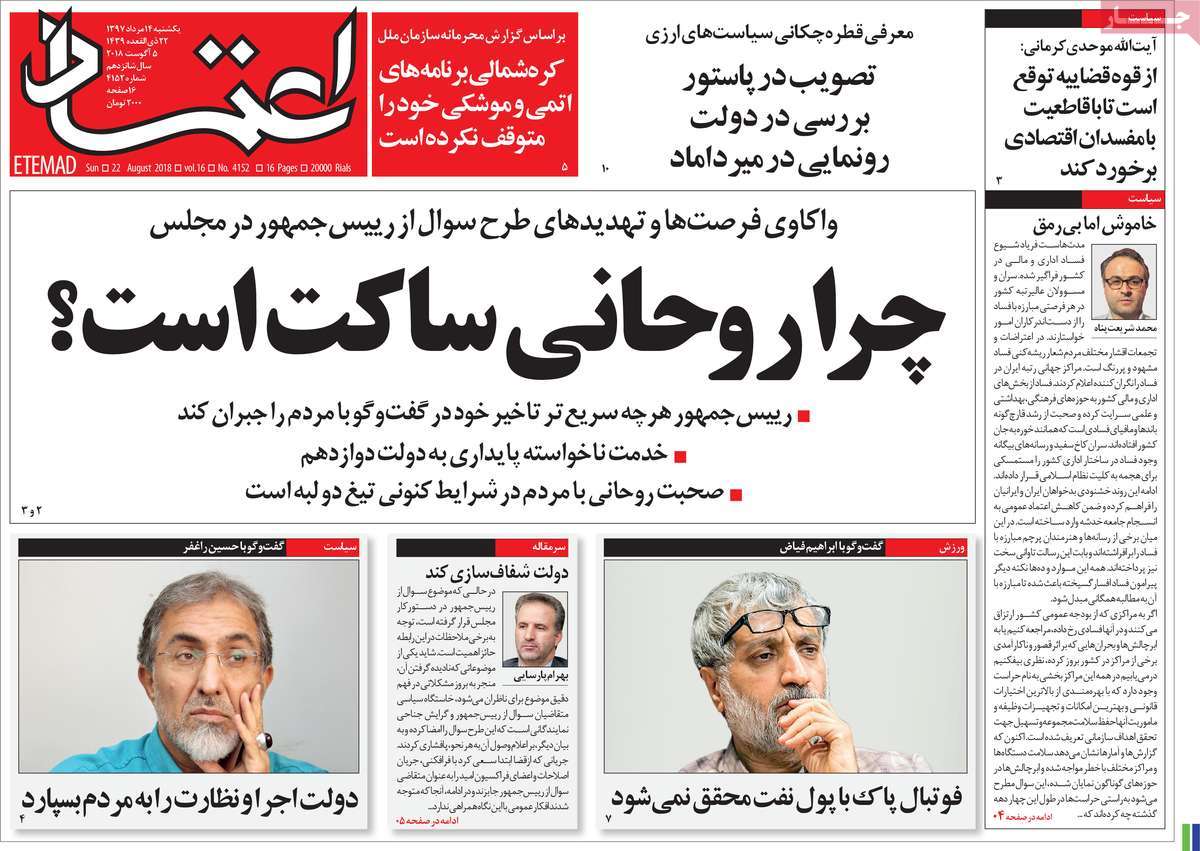 1- Those Who Abuse Official-Rate Foreign Currencies to Be Blacklisted 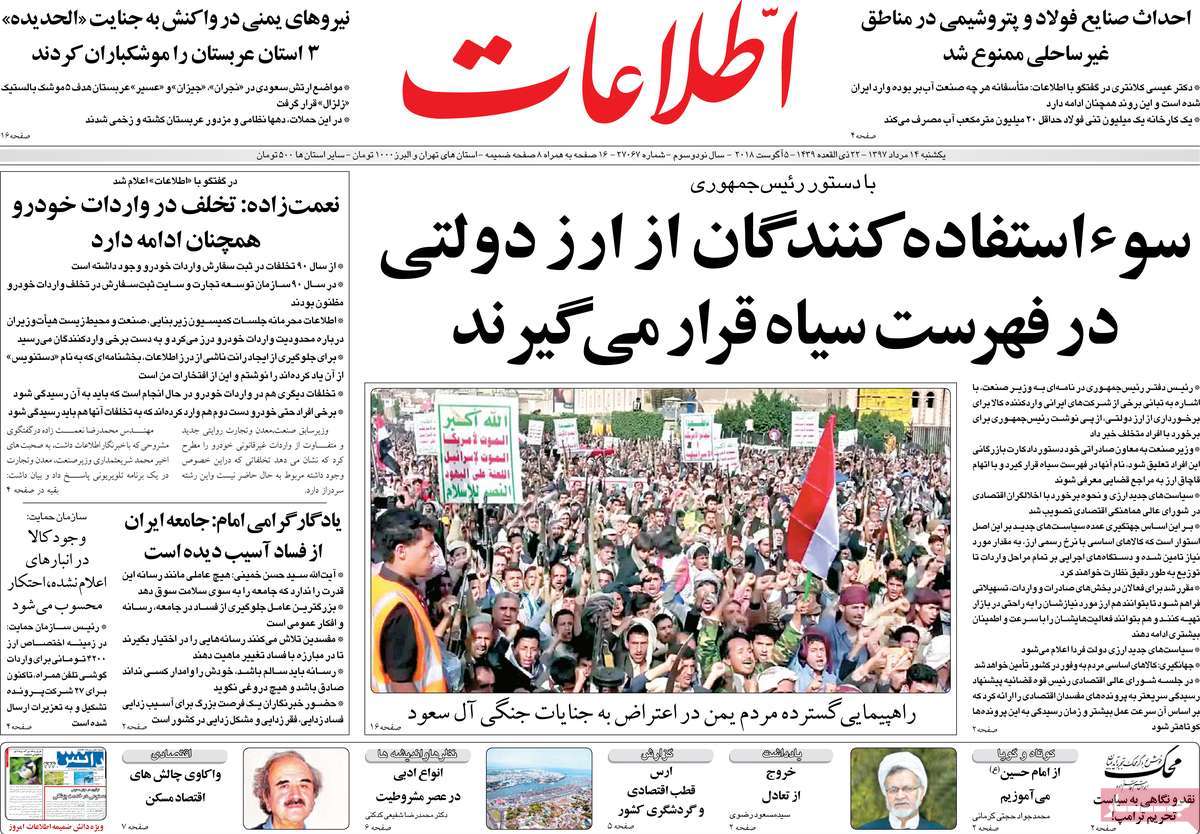 1- Value of Turkish Lira Plunges in All Parts of the World, Except Iran! 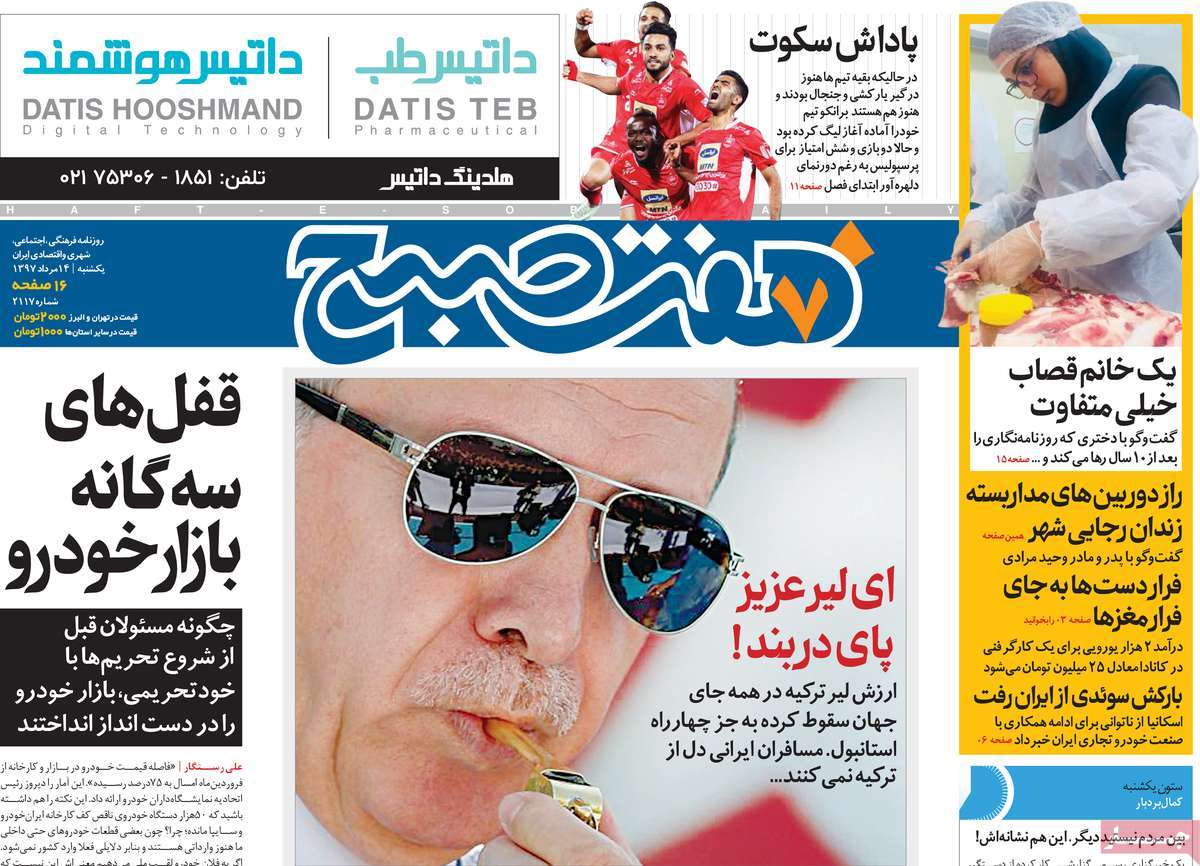 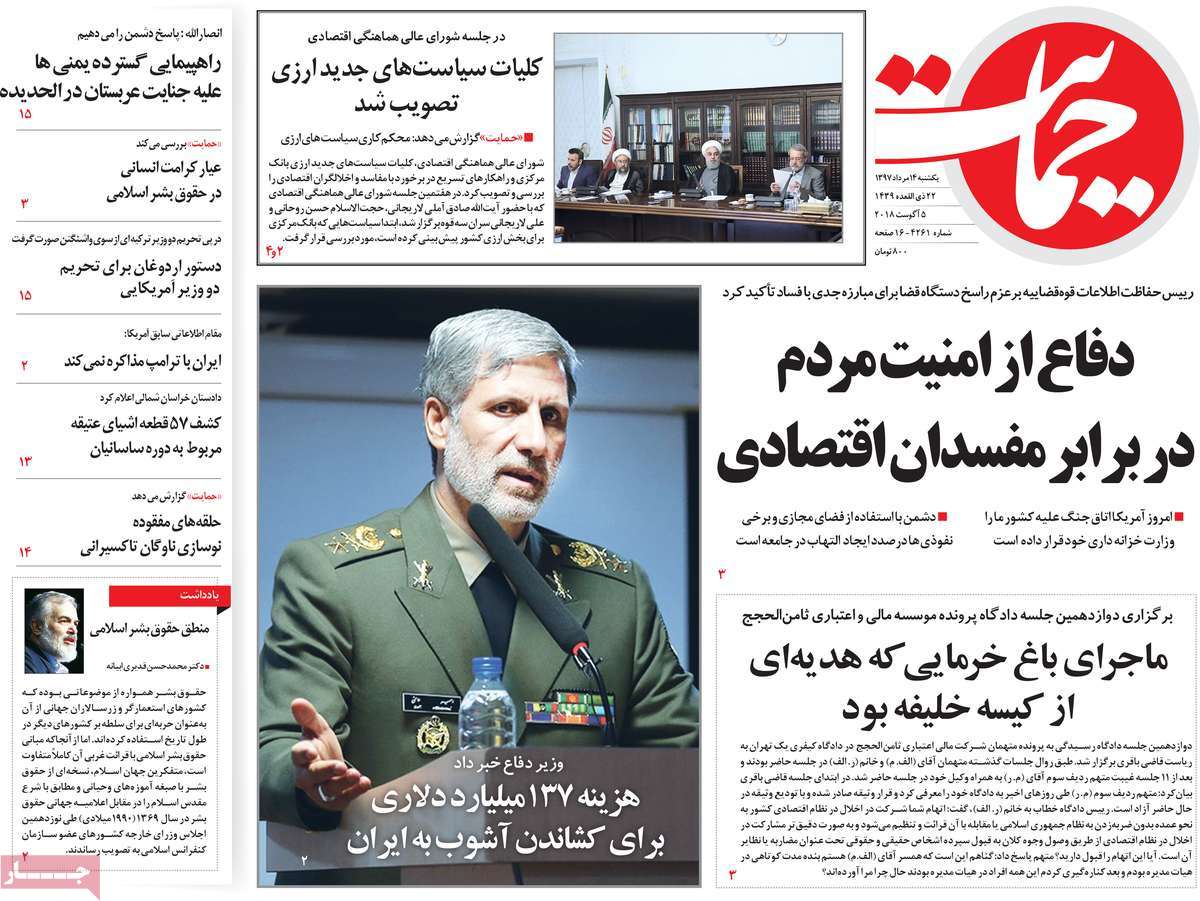 3- Media Should Not Tell Any Lie: Imam Khomeini’s Grandson 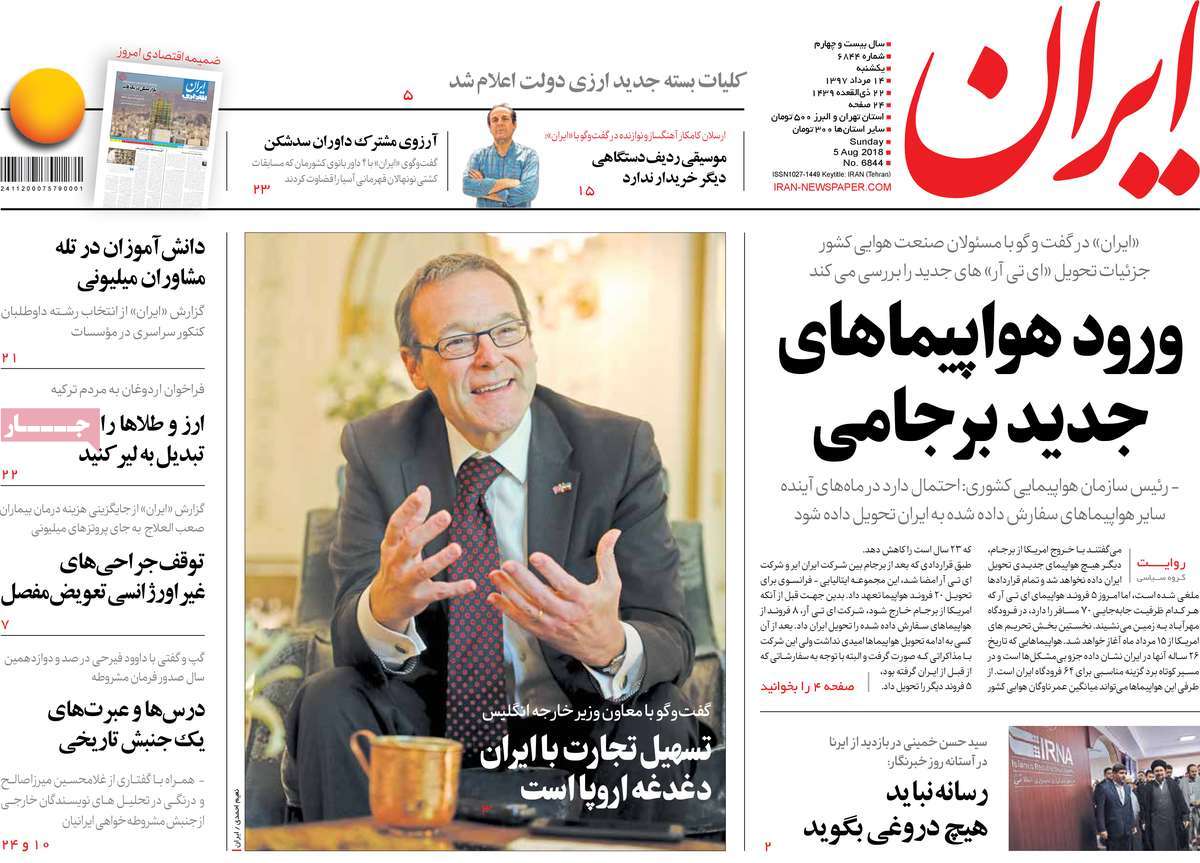 3- US Supports Riots in Iran: Other Side of the Coin of Trump’s Offer 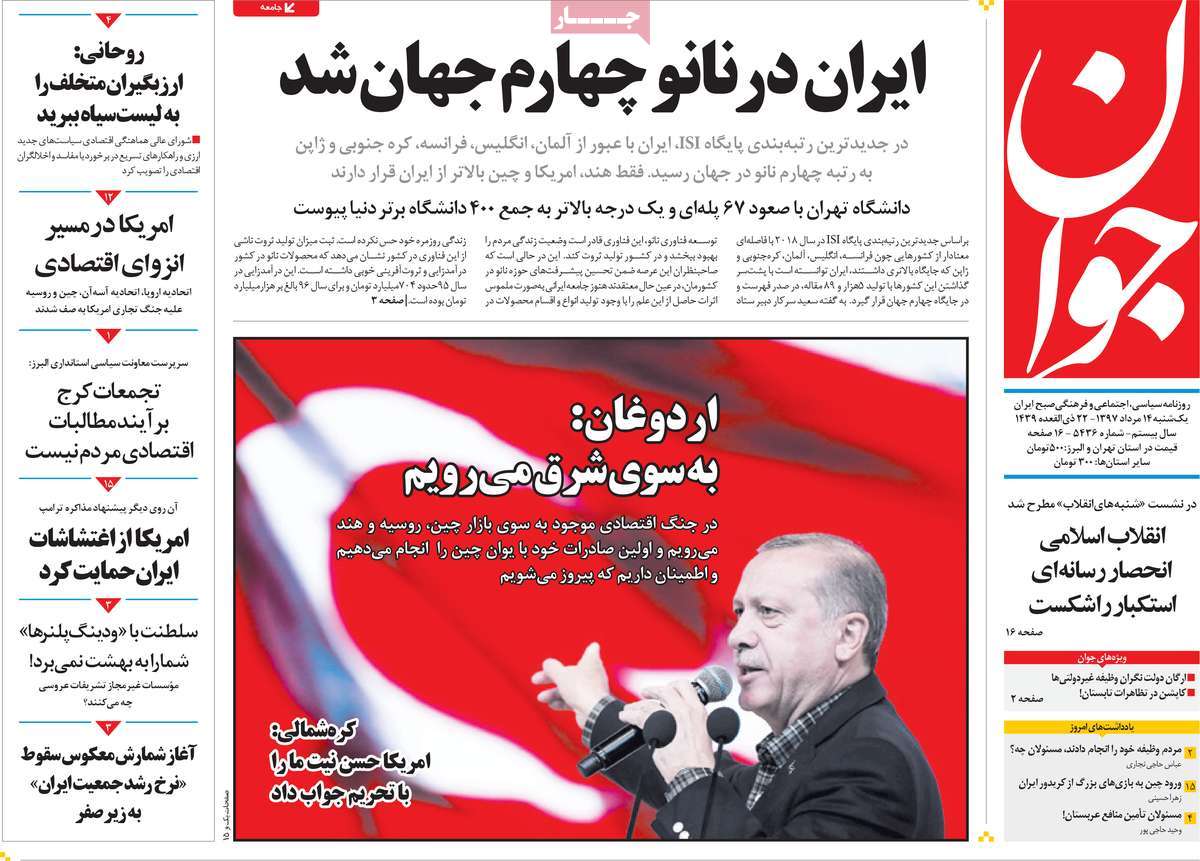 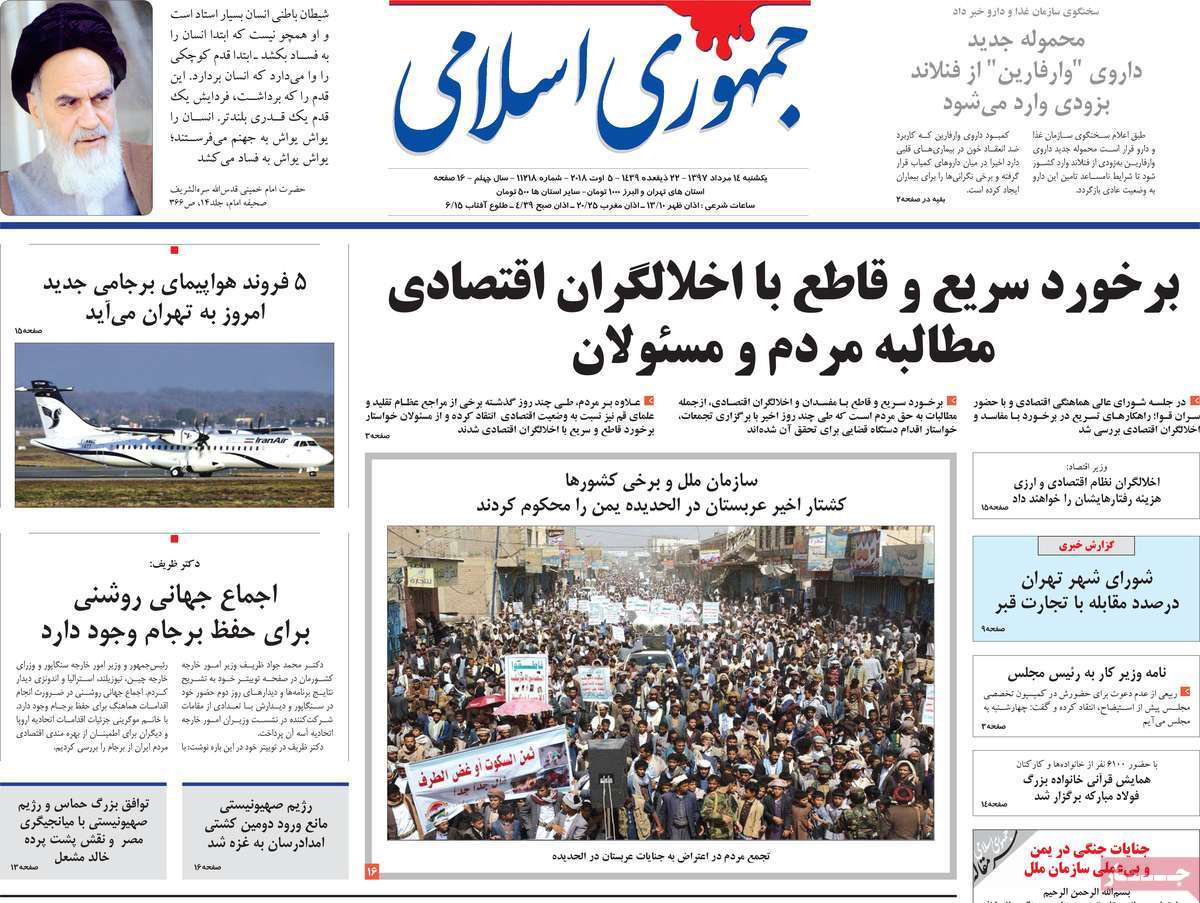 1- Negotiation with Trump, Joint Plan by US and Disruptors of Iranian Economy 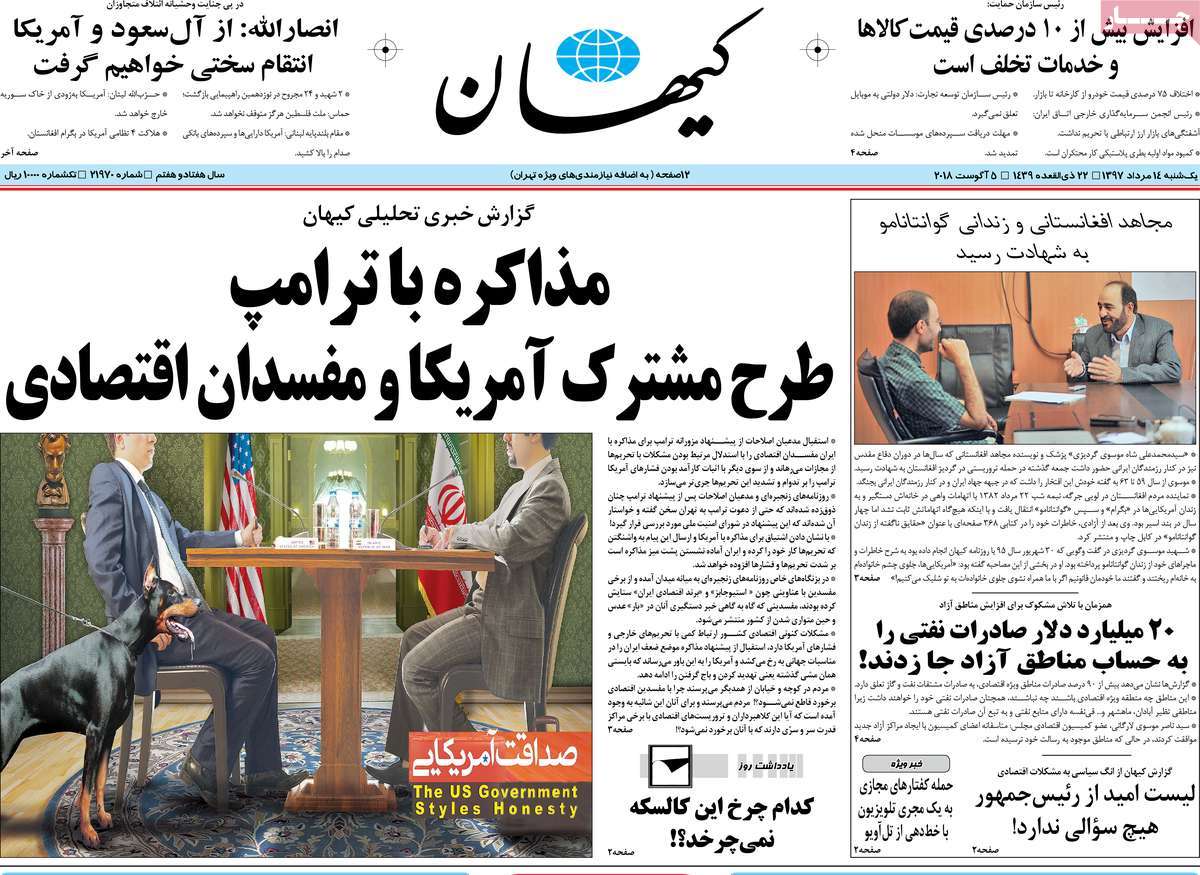 1- A Report on Economic Woes, Demands of People of Isfahan 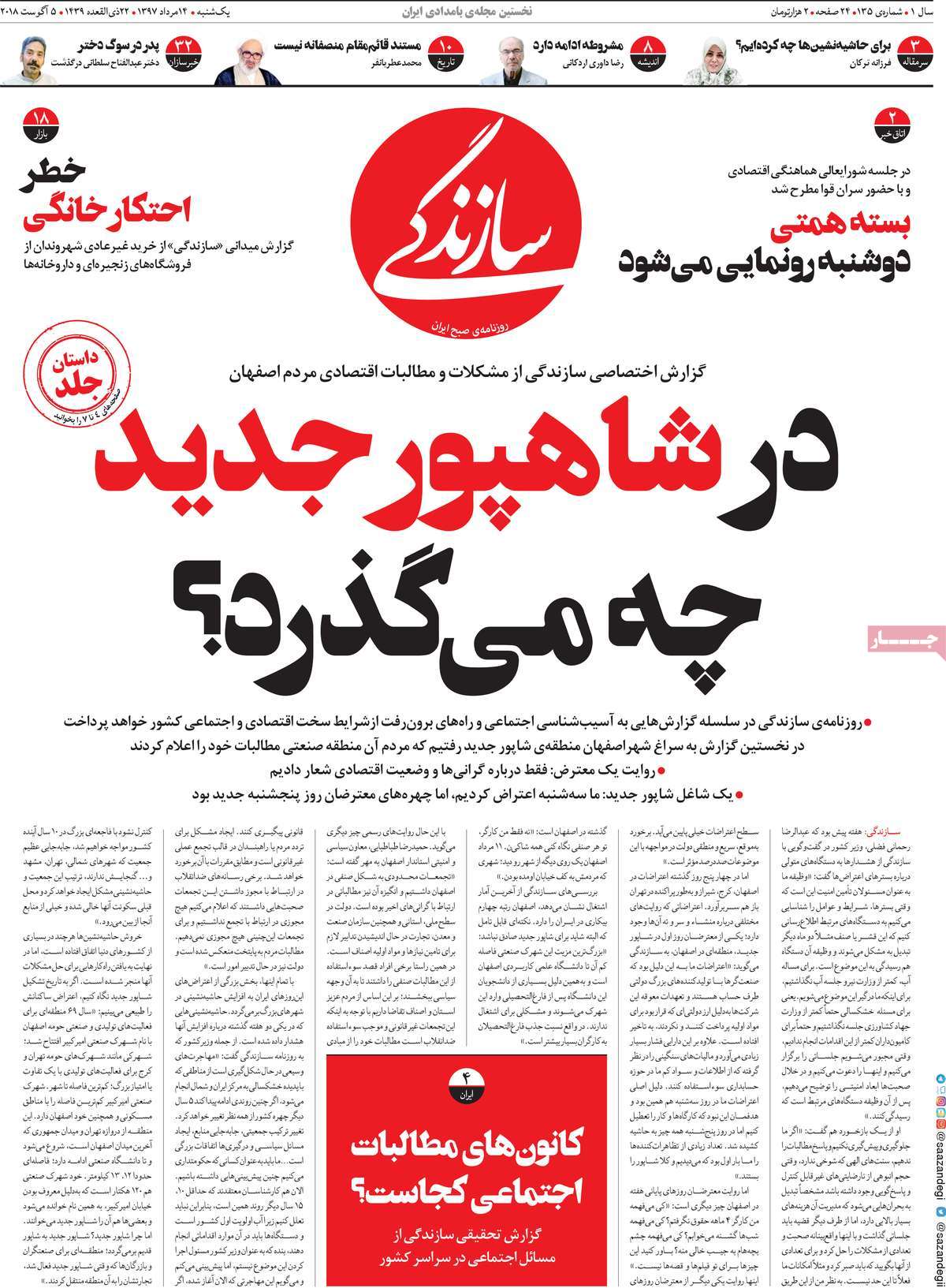