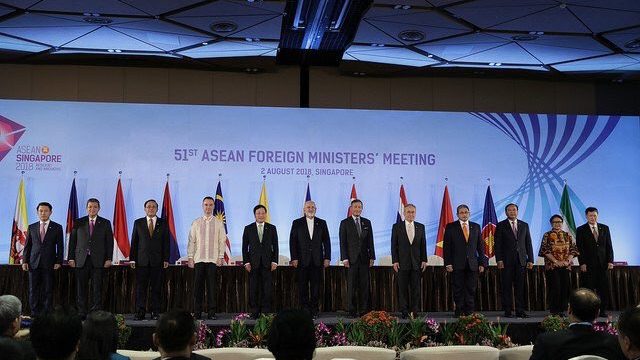 “Met with President & FM of Singapore & FMs of China, New Zealand, Australia and Indonesia. Clear global consensus on need to take concerted action to preserve JCPOA. Also detailed review with HR Mogherini of actions by EU and beyond to ensure economic benefits to Iranian people,” Zarif wrote in his Twitter account.

Iran’s foreign minister was in Singapore on a three-day visit to attend the 51st session of the Association of Southeast Asian Nations (ASEAN).

While in Singapore, Zarif signed a document on Iran’s joining the Treaty of Amity and Cooperation in Southeast Asia (TAC) on Thursday during the annual gathering of ASEAN’s foreign ministers.

Meanwhile, he reviewed ways to benefit from the JCPOA in a meeting with High Representative of the European Union for Foreign Affairs and Security Policy Federica Mogherini who was also in Singapore to co-chair the annual Post-Ministerial Conference between the European Union and the ASEAN.

In another development, during a separate meeting which was held on the sidelines of the 51st session of the Association of Southeast Asian Nations (ASEAN), Mogherini and Chinese Foreign Minister Wang Yi underlined the fact that the Joint Comprehensive Plan of Action (JCPOA) should be preserved and implemented favorably.

The two reiterated that complying with the deal and also international regulations is a must.