What will change after US sanctions on Iran come into force?

Euronews |  Alasdair Sandford  & Euronews’ Persian service with Reuters: Iran’s economy and international business are bracing for a hit when American sanctions are re-imposed on Tehran from this coming weekend.

It follows Donald Trump’s announcement in May that the US was pulling out of the 2015 nuclear deal. The US president has long argued that it fails to address Tehran’s future nuclear development or prevent the spread of Iranian tentacles abroad.

US-Iranian relations are set to dip further when the first measures come into force, marking the end of the designated three-month wind–down period to allow companies to adapt.

International firms have duly been scaling back their involvement in Iran – while inside the country the economic and political consequences have already been making themselves felt.

Iran – which has threatened to block the Strait of Hormuz in response to sanctions – has sent ships into the strategic Gulf passageway this week as it begins naval exercises, according to US officials who see the move as a challenge to Washington.

What is the likely economic impact in Iran?

Iranians have already been feeling the impact of the collapse of the rial, the country’s currency. In May, after Trump announced the US withdrawal from the nuclear deal, it fell to its weakest position against the US dollar in history. It has now lost more than 80% of its value since April.

Recently many people, angry at high inflation and the increasing economic hardship, have been protesting across the country. State news and social media posts reported demonstrations in several cities on Thursday (August 2). Clashes were reported with security forces in at least one city.

As the currency weakens, investors have been seeking to protect their wealth via physical assets such as gold bars and coins, demand for which has soared in recent days.

There are predictions that this will lead to profiteering, and already there have been reports of arrests.

Jason Rezaian of the Washington Post – who lived in Tehran under the US sanctions of 2012-14 – says they hit ordinary people massively via shortages of daily essentials and equipment, while a mushrooming black market brought exorbitant prices.

“Although sanctions won’t target food and medicine directly, Iran will be cut from the international financial system, so imports will be affected, causing delays in delivery,” he reported. “People who might otherwise live normal lives with the aid of their medications will needlessly die.”

Some experts say the sanctions compound deep structural problems within the Iranian economy. President Rouhani’s government, which for years has kept the dollar at an artificially low level, has now seen that strategy blown out of the water. 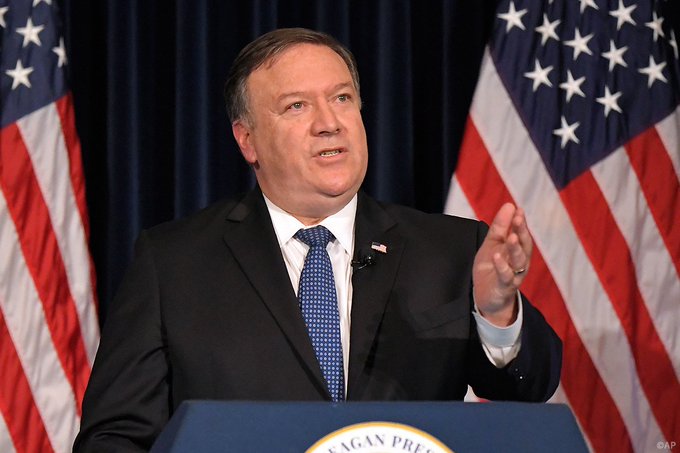 The rial is plummeting. A third of #Iran‘s youth are unemployed. A third of Iranians live below the poverty line. But if you’re a politically-connected member of the regime’s elite, the Iranian economy is going great.

What exactly is the Trump administration imposing?

The first batch of sanctions, as set out in a US Treasury document in May, will target Iran’s trade in gold and other metals, as well as the car industry. They will be followed in early November by a second wave of measures on energy and financial industries – hitting Iran’s oil exports, ports and shipping sectors, and transactions with Iran’s Central Bank.

Last month the US State Department said the Trump administration “will not hesitate” to punish foreign companies that don’t comply with the sanctions. US government officials have toured Europe and other parts of the world on a series of “road shows” to explain the policy.

The threat is clear: firms that explored the Iranian market following the 2015 nuclear accord could soon face US penalties unless they pull out – even if their countries are signatories to the deal and are fighting to keep it going.

The Trump administration has showed little willingness to grant exemptions to companies or waive the sanctions, and has also indicated it seeks to punish firms who try to sell products to Iran from outside.

The US has demonstrated its clout when acting against transgressors in the past, an example being the near $9 billion fine handed out by a US court to the French bank BNP Paribas in 2015 for alleged sanctions violations.

Sanctions are also set to be re-imposed on previously blacklisted individuals, many of whom are accused of siphoning off Iran’s wealth abroad. That prompted a bizarre tweet from former President Ahmadinejad – under whose watch cronyism and corruption flourished, according to his detractors.

Mr @realDonaldTrump release the list of relatives of #Iranian Government officials that have #GreenCards and #BankAccounts in the #UnitedStates if you have such a list.

What’s been the international response?

The European Union scrambled to keep the nuclear deal alive and protect European businesses in the wake of Trump’s announcement in May.

But the reality is that for many international businesses the risk of losing access to US markets far outweighs any gains from dealing in Iran.

French carmakers PSA Group (Citroen and Peugeot) is suspending investment, while Renault is likely to follow suit – although it has said it wants to retain a presence in Iran. Energy firms Total and Engie are heading towards the exit, as are Airbus, Boeing, General Electric, Maersk, Reliance and Siemens. Africa’s largest telecommunications provider is also said to be putting investment plans on hold.

The investment freeze – some might say company exodus – comes despite the European Union’s efforts to mitigate the punitive effects. In May the Commission said it was reviving a “blocking statute” – drawn up in the 1990s to counter US sanctions on Iran, Libya and Cuba – seeking to ban European companies from complying with Washington’s measures, and to allow them to seek compensation.

However, the device is untested and its effectiveness has been called into question. Analysts say it can’t force EU companies to stay in Iran, rather it only obliges them to find excuses for leaving other than complying with US sanctions.

The EU’s foreign policy head, Federica Mogherini, has recognised the “difficult exercise” it faces due to the global “weight of the US”. In June France’s finance minister went further, saying most French companies would find it impossible to stay in Iran.

Will Trump’s stance have the desired effect?

The aim of the US withdrawal from the nuclear pact was in part to stop Tehran from meddling in regional affairs, and to curb its ballistic missile programme.

Trump has made no secret of his disdain for “the Iranian dictatorship, its sponsorship of terrorism, and its continuing aggression in the Middle East and all around the world”, as he said in October 2017.

But if he has his sights set on political change in Iran, critics say for now it has brought about the opposite effect.

The US withdrawal from the nuclear deal saw Iran’s Supreme Leader, Ayatollah Ali Khamenei, moved to unite hardliners and reformers, seeking to put aside traditional political rivalries faced with a new national cause.

What amounted to an economic war council was formed, bringing together the heads of the executive, parliament and judiciary, as the establishment closed ranks. However, behind the scenes a power struggle between various factions has been exacerbated.

President Hassan Rouhani – for whom the pact was a major achievement – has seen the rug pulled from under his feet. Instead, conservatives who always opposed striking a deal with the US – such as the powerful Revolutionary Guards – have had their position strengthened. Vocal attacks on the president followed, including calls for his removal.

Rouhani cranked up his own rhetoric, using a speech in Switzerland to warn that Iran might disrupt oil tanker traffic if it was hit by sanctions.

The US military’s Central Command said on Wednesday (August 1) that it had seen an increase in Iranian naval activity, including in the Strait of Hormuz, a strategic waterway for oil shipments.

Meanwhile a collapse of the nuclear deal is seen as likely to benefit Russia and China, which have both been looking to increase political and economic ties with Iran.

Late last month Donald Trump offered to meet President Rouhani for talks without preconditions, a proposal which was rebuffed by senior Iranian officials and military commanders.