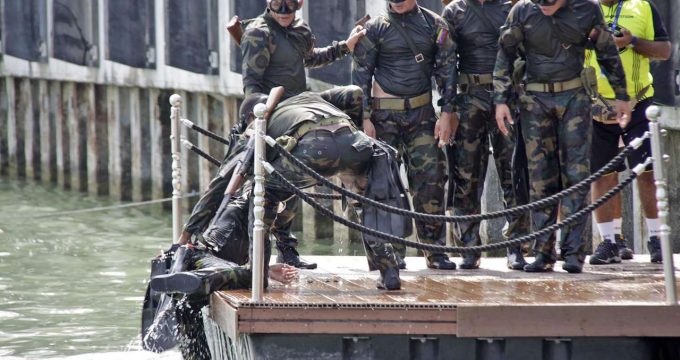 Tasnim – The Iranian Navy’s team on Saturday managed to break two world records in the Depth 2018, an international competition among naval divers underway in Iran’s northern city of Nowshahr.

On the third day of the Depth 2018 hosted by the Iranian Navy as part of the International Army Games, the Iranian diving team recorded the best time of the day and broke the world records for the items of rescuing and recovering injured divers as well as crossing the obstacle course.

In the 2016 and 2017 editions of the tournament, the Russians had the best time in both of these items.

In the tournament, opened in the Imam Khomeini University of Nowshahr on August 1, the participating teams are planned to compete with each other for 10 days.

According to Russian Armed Forces’ Main Combat Training Department Lieutenant-General Ivan Buvaltsev, the Russian Defense Ministry has sent out invitations to all NATO member states to participate in the games.

“This year, we have sent out invitations as usual to NATO member states. But only a team from Greece will take part,” he said last week.

More than 1,200 soldiers from 22 countries participated in the military games in Russia in 2017.