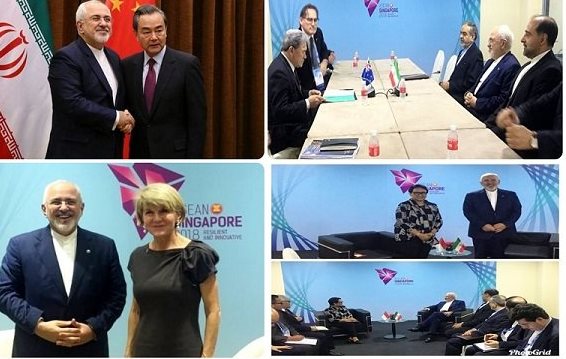 Iran’s foreign minister arrived in Singapore on Wednesday for a three-day visit to participate in the ASEAN meeting which was held on August 2.

During his stay in Singapore, Zarif signed a document on Iran’s joining the Treaty of Amity and Cooperation in Southeast Asia (TAC) at the annual gathering of ASEAN’s foreign ministers on Thursday.

Prior to his visit to Singapore, Zarif made a one-day trip to Sri Lanka where he held talks with the high-ranking officials of the South Asian country, including Sri Lanka’s President Maithripala Sirisena.