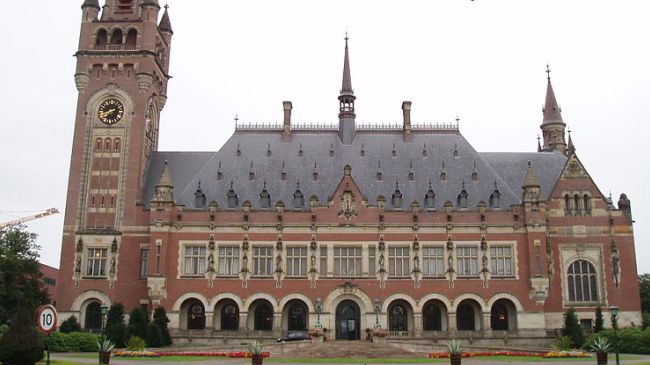 Iran versus US at the ICJ

MNA – On 16 July 2018 Iran instituted proceedings against the United States of America before the International Court of Justice (the “ICJ”) following the decision of the US to withdraw from the JCPOA and impose sanctions and restrictive measures targeting Iran and its nationals, and Iranian companies, a step criticized by the other parties to the Plan.

In its application, Iran alleges violations of the 1955 Treaty of Amity, Economic Relations and Consular Rights between Iran and the United States, and asks the Court to (amongst other things) find that the US had breached its obligations under the Treaty, order the US to end the sanctions and its threats to impose further sanctions, and compensate Iran.

Iran further sought provisional measures from the ICJ, on the basis that the US had already started to enforce the re-imposed sanctions and restrictive measures. Provisional measures are generally sought where a party alleges that there is a real risk of irreparable prejudice.  In particular, Iran’s application for provisional measures included a request that the Court order the US to (within three months) suspend the imposition of the sanctions and restrictive measures, refrain from imposing or threatening additional sanctions, and other measures that might aggravate the dispute; and allow already licensed transactions relating to the sale or leasing of passenger aircraft, parts and equipment to go ahead.  Iran also requested that the United States assure Iranian, US and non-US nationals and companies that it will comply with the Order of the Court, and shall cease any and all statements or actions that would dissuade US and non-US persons and entities from engaging or continuing to engage economically with Iran and Iranian nationals or companies.

On 23 July 2018, the President of the ICJ wrote to the US requesting that no steps were taken which would impact any decision of the ICJ on the provisional measures application.