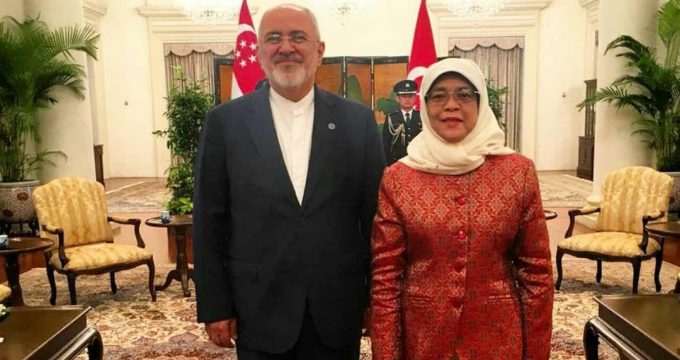 Iran’s foreign minister arrived in Singapore on Wednesday to attend the 51st session of the Association of Southeast Asian Nations (ASEAN).

During his stay in Singapore, Zarif on Thursday signed a document on Iran’s joining the Treaty of Amity and Cooperation in Southeast Asia (TAC).

Senior experts and foreign ministers from ASEAN have convened in Singapore since Monday to discuss regional and trans-regional issues related to this Association and the Treaty of Amity and Cooperation in Southeast Asia.

The ministers of ten ASEAN member-states, as well as the ministers of observer countries, including Iran discussed the latest regional and trans-regional developments in the 51st session of the Association and the subsidiary meetings, the 19th meeting of ASEAN Plus, the 8th ministerial meeting of East Asia, and the 25th regional conference of ASEAN.