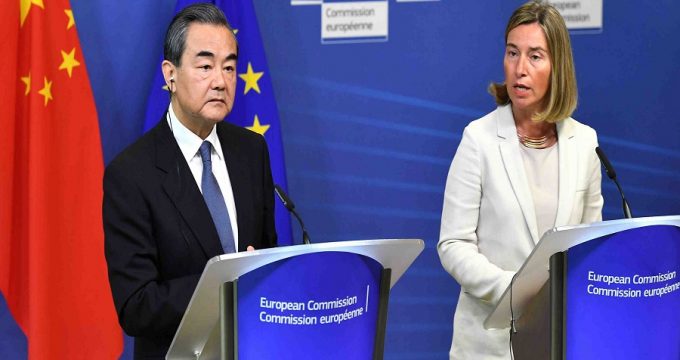 During the meeting which was held on the sidelines of the 51st session of the Association of Southeast Asian Nations (ASEAN), both sides underlined the fact that the Joint Comprehensive Plan of Action (JCPOA) should be preserved and implemented favorably.

Complying with the deal and also international regulations is necessary, they reiterated.

They also expressed opposition against any unilateral sanction and underscored reinforcing efforts to preserve the interests based on the JCPOA.

Senior experts and foreign ministers from ASEAN have convened in Singapore since Monday to discuss regional and trans-regional issues related to this Association and the Treaty of Amity and Cooperation in Southeast Asia.

On the second day of their meeting on Wednesday, foreign ministers of ASEAN countries exchanged views on South China Sea, North Korea, and human rights and environmental challenges in Southeast Asia.

The ministers of ten ASEAN member-states, as well as the ministers of observer countries, including Iran, will discuss the latest regional and trans-regional developments in the 51st session of the Association and the subsidiary meetings, the 19th meeting of ASEAN Plus, the 8th ministerial meeting of East Asia, and the 25th regional conference of ASEAN.