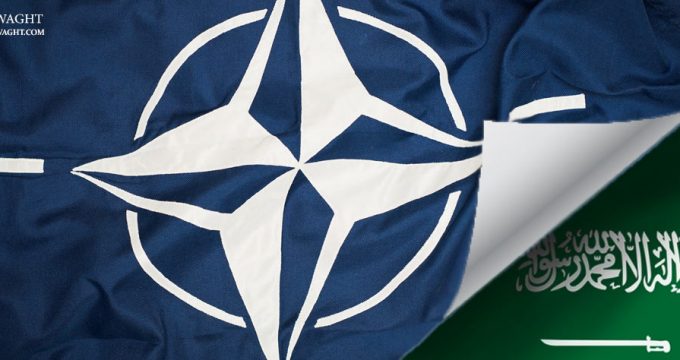 Alwaght – Security pacts are the most common type of cooperation between the allied countries worldwide that are mainly based on mutual interests in areas like security and military cooperation and a common perception of threats and challenges.

The US is one of the parties that is engaged in security agreements with several other countries and encourages the allies to do so. Earlier this years, reports emerged about the US negotiations with its Arab allies, mainly Saudi Arabia, Egypt, Jordan, and the United Arab Emirates, to push them to form a military alliance aimed at countering Iran’s growing power in the West Asia. The plan, dubbed Arab NATO, is expected to see Washington and the Arab allies meet on October 11 and 12 to discuss the bloc’s foundation. The plan echoes NATO’s Article 5, which considers an attack against a member an attack against all and draws a collective response. The idea was first raised by Saudi Arabia when the US President Donald Trump visited the Arab kingdom in last May.

What Goals does Trump hold?

Despite that fact that on official occasions Americans say that the main aim behind the Arab NATO idea is to deepen the cooperation with the Arab allies in areas like missile defense, military training, counter-terrorism, and other cases, the major drive behind the attempt is to raise a force to hamper the growing weight of the Islamic Republic of Iran in the region.

Donald Trump may boast that he accomplished all of his campaign-time promises and so he is the most successful president to date. But a look at his foreign policy track record to control Iran makes clear that he did not do much but a couple of unilateral measures like scraping the nuclear deal, signed in 2015 between Tehran and the six world powers. The fact is that Trump’s West Asia policy is running into a firm obstacle of the Iran-led Axis of Resistance. Addressing the challenge, the White House now concentrates on building an anti-Iranian consensus with economic, military, and diplomatic aspects. The Arab NATO initiative to bring the Arab allies under the umbrella of a unified bloc is also definable under this US anti-Tehran strategy.

From another aspect, encouraging the Arab partners to form their own military alliance is linked to Trump’s “America first” policy. Almost every month, Trump picks a fight against the European allies of Washington in NATO asking them to raise their share in the military alliance’s budget. The fights are part of Washington’s push to cut its heavily costly commitments to the international and inter-government treaties. In a recent meeting of the NATO held on July 11 and 12, the American leader alluded to withdrawal from the military club should the European members, mainly Germany, reject a proposal to increase their defense spending and their share in NATO budget.

During his presidential campaign speeches, Trump brazenly said that he wanted the Persian Gulf allies to pay for their protection costs. Therefore, the Arab army is, in fact, an effort by Trump to cut The US costs of securing the Arab allies. On Thursday, Anwar Gargash, the Emirati minister of state for foreign affairs, announced that the UAE is ready to consider deploying more military forces across the region to confront its adversaries because Abu Dhabi believes that it no longer can rely on the Western allies such as the US and Britain for security.

Still, there are additional goals behind the Arab force: Expanding Iranophobia to sell more arms to the regional allies, driving out the Palestinian cause as the Muslim world’s central case, and reducing the sensitivity to the Israeli expansionism by replacing the real enemy of Arabs with the fake one.

The plan to create Arab replica of NATO is never new to the US strategy in the region. The US administrations a couple of times took shots to form similar alliances but all of them proved shaky and at the end of the road met their doom. For example, in 2015 Washington formed what was called “Reaction Force” gathering some 40,000 forces from Egypt, Jordan, North Africa, and Persian Gulf Arab states. Its command structure very closely resembled the NATO. The Persian Gulf states funded the effort. But regional tensions, and mainly the rifts among the member states, made the project a failed one. Moreover, during Trump’s last year trip to Saudi Arabia, dozens of majorly Muslim states convened in Riyadh to form what was called “Islamic NATO.” But the agreement to form it has remained just ink on the paper. To Saudi Arabia’s frustration, which is representing the US interests in the region and set to head any joint Arab force, even the anti-Yemeni military coalition which took huge money and even bribery in 2015 to form is now falling apart. Washington’s attempt to form a 200,000-troops Arab force for deployment to northern Syria also went nowhere.

The root cause of the US plans failure rests in the disputes hitting the relations of the Arab states. The crisis rocking the (Persian) Gulf Cooperation Council is the major one at the present time. In June 2017, Saudi Arabia, along with Egypt, the UAE, and Bahrain, severed diplomatic ties with Qatar and imposed a blockade on the small emirate for what it called support for terrorism and teaming up with Iran against them. The crisis remains standing to date. If even Qatar’s emir wants to take part in the upcoming meeting, the Saudi and Emirati rulers may choose not to come. On the other side, Egypt-Qatar relations are hit by disputes.

But forming the alliance mainly to confront Iran is an absurd and expensive move– because Iran has never posed a threat to any of the Arab states– and itself could play as a factor endangering their security. Saudi Arabia and the UAE, both among the world’s top military spenders, are stuck in a four-year war waged against Yemen, the impoverished nation with no organized army. They will very likely find it hard to persuade the smaller states like Kuwait, Qatar, and Oman to come on board a military action against Iran as they have normal ties with the Islamic Republic.

The challenges of a military alliance on the ground are much more than they seem in theoryand may remain just a plan on paper.