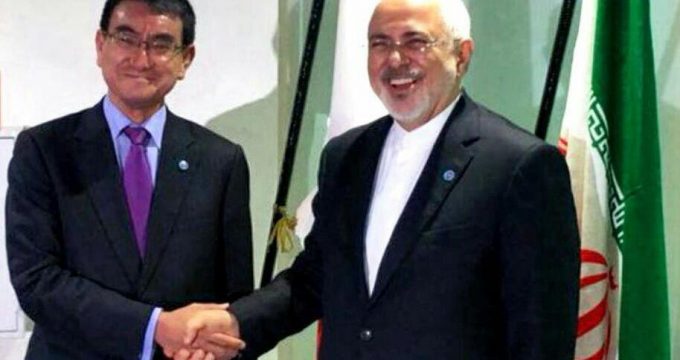 The Japan Times – Japan has conveyed its support to Iran for the Middle Eastern country’s efforts to implement an international nuclear deal despite the withdrawal of the United States, a Japanese official said Thursday.

Kono and Zarif met on the sidelines of a series of Association of Southeast Asian Nations gatherings in the city-state, the official said in a briefing.

In May, U.S. President Donald Trump formally announced his country’s withdrawal from the accord, advocating “the highest level of economic sanction” against Iran, which he called “the leading state sponsor of terror.”

Under the deal struck between Iran and six countries — the U.K., China, France, Germany, Russia and the United States under Trump’s predecessor Barack Obama — Tehran agreed to curb its nuclear activities in exchange for the lifting of economic sanctions.

Since June, the United States has also urged Japan and its other allies to stop buying Iranian crude oil entirely by Nov. 4.

But resource-poor Japan, which relies on Iran as one of its sources of crude oil, has long maintained relatively stable relations with the Middle Eastern country.

Japan and Iran will mark the 90th anniversary of establishing diplomatic relations next year.

On Thursday, Kono and Zarif also exchanged views on issues related to North Korea, Syria and Yemen, the official said.