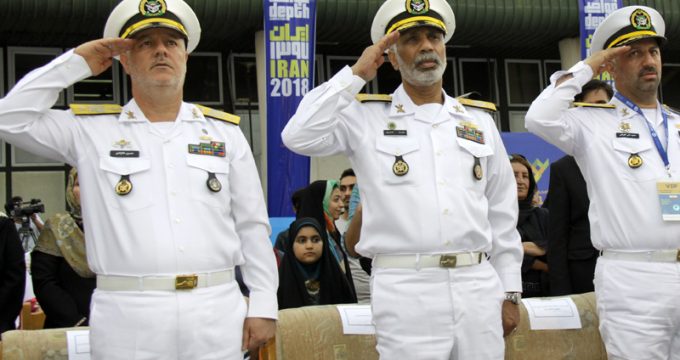 IRNA – The Islamic Revolution Guardian Corps (IRGC) and the Iranian Army provide the security of the Strait of Hormuz, said the commander of the Navy of the Iranian Army.

‘The security of the strait is evident for those who threaten Iran by using their petrodollars,’ said Rear-Admiral Hossein Khanzadi on Wednesday evening on the sidelines of the opening ceremony of Scuba diving competition of the Military World Games.

He also said that the security of the region has been provided by the IRGC and the Army and Supreme Leader of the Islamic Revolution Ayatollah Seyyed Ali Khamenei has ordered the two military forces to keep providing it.

‘If the oil faucet is turned on and the petrodollars go to the pocket of those who threaten Iran, it will definitely have effects on the security of the strait.’

The Strait, separating Iran and Oman and connecting the Persian Gulf to the Gulf of Oman, is the channel through which about two million barrels of oil products are being exported daily.

Regarding the new developments in Iran’s Navy, he said that the destroyer Sahand is passing the final stage of trials to join the Navy fleet, Destroyer Dena is also being manufactured and is expected to join the fleet by the end of this Persian year (starting on March 21), and two Fateh submarines have been overhauled and one made to join the navy.

He also said that the Supreme Leader has wanted the Navy to be present in all seas of the world, adding, ‘The issue is being followed with seriousness.’