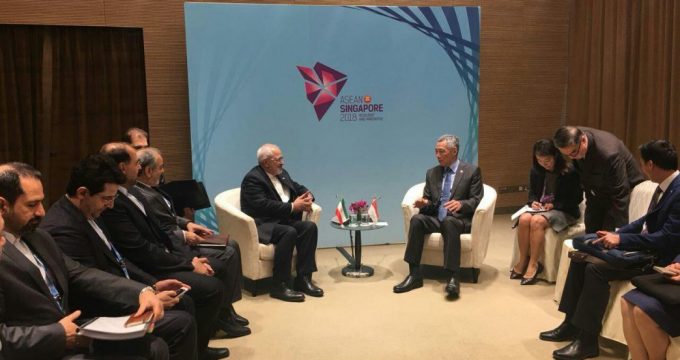 The ministers of ten ASEAN member-states, as well as the ministers of observer countries, including Iran, will discuss the latest regional and trans-regional developments in the 51st session of the Association and the subsidiary meetings, the 19th meeting of ASEAN Plus , the 8th ministerial meeting of East Asia, and the 25th regional conference of ASEAN.

The relations between Iran and Singapore is of great importance due to the fact that Singapore presides the body now.

The trade between the two countries had reached to $6.6b in 2012, before the sanctions. It is expected that the ties be revived.