New sanctions on Russia and Iran are unlikely to work. Here’s why

The Conversation US | David Cortright: Sanctions are much in demand these days as a tool of American foreign policy.

Members of Congress want tough new sanctions against Russia for its interference in American elections. Sanctions will remain in place against North Korea, the White House says, until Pyongyang shows progress toward denuclearization. And after tearing up the Iran nuclear accord, the Trump administration is imposing what Secretary of State Pompeo has called the “strongest sanctions in history,” seeking to get a better deal on restricting Tehran’s weapons and change its policies in the region.

Policymakers claim that sanctions are an effective means of achieving policy goals, but is that true? Are new measures against Moscow and Tehran likely to be successful?

Research on sanctions by myself and others has shown that they can sometimes be effective. But there are three key elements: allies, a willingness to enforce them and incentives to bargain. The absence of all three means they probably won’t work with Russia and Iran. 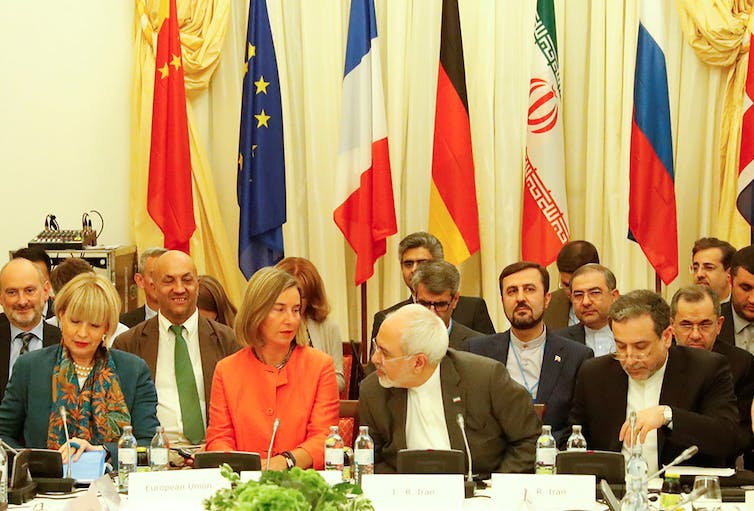 One reason new sanctions against Iran won’t be effective is that U.S. allies, such as the EU, oppose them. Reuters/Leonhard Foeger

Allies supporting and reinforcing sanctions are usually pivotal to making them stick.

Unilateral sanctions such as the proposed measures against Russia and Iran are seldom successful. Although the European Union has placed sanctions on Russia because of its actions in Ukraine, the latest legislative measures proposed in Congress would be unilateral.

In an increasingly globalized world, unilateral sanctions face huge obstacles – even when imposed by the largest economy. A landmark study published in the 1990s by the Peterson Institute for International Economics found that unilateral U.S. sanctions achieved their foreign policy goals only 13 percent of the time.

The rare instances when unilateral sanctions work involve countries that have extensive trade relations with the U.S., clearly not the case with Russia or Iran. Russia is low on the list of U.S. trading partners, and Iran has had virtually no economic or commercial relations with the U.S. Neither country is dependent on U.S. trade or likely to submit to American economic pressure.

In addition, when a country faces sanctions, it can often seek commercial ties elsewhere. This was the case with Cuba. When the U.S. imposed sanctions on its former trading partner after Fidel Castro came to power, Havana turned to Moscow for help and became a part of the communist bloc.

Iran, for its part, has diversified its economy in the face of sanctions from the U.S. and other Western countries, shifting trade to the East and increasingly selling oil and buying goods in China, India and other Asian countries.

Washington is responding to Tehran’s circumvention strategy by threatening to impose secondary sanctions against foreign companies that trade with Iran, barring them from doing business in the U.S. Extraterritorial sanctions such as these are opposed by other countries as a violation of international law.

European nations especially disagree with this approach and have vowed to maintain trading relations with Iran despite secondary sanctions. Russia and China also oppose the new U.S. policy.

This raises a second factor that influences whether sanctions work: Is the country issuing the sanctions willing and able to assure compliance with those measures?

The prospect of losing Iran’s 2 million barrels of oil a day is already roiling global markets. To calm investors, the U.S. State Department quietly announced in early July that Washington would allow countries like China, India and Turkey to reduce oil imports from Iran “on a case-by-case” basis, signaling the U.S. will allow some states to maintain imports, thus limiting the impact of the sanctions.

In other words, the desire to mitigate the potential impact of new sanctions on global financial markets may outweigh the goals of imposing them in the first place.

A similar problem of weak compliance is affecting continued U.N. sanctions against North Korea. In the wake of the Trump-Kim summit and the president’s claim that Pyongyang is no longer a nuclear threat, China and Russia have shown reluctance to continue enforcing sanctions. They recently blocked an effort within the U.N. Security Council to condemn North Korean oil smuggling.

If the U.S. and major allies are unable or unwilling to pay the price of sanctions enforcement, effectiveness diminishes. 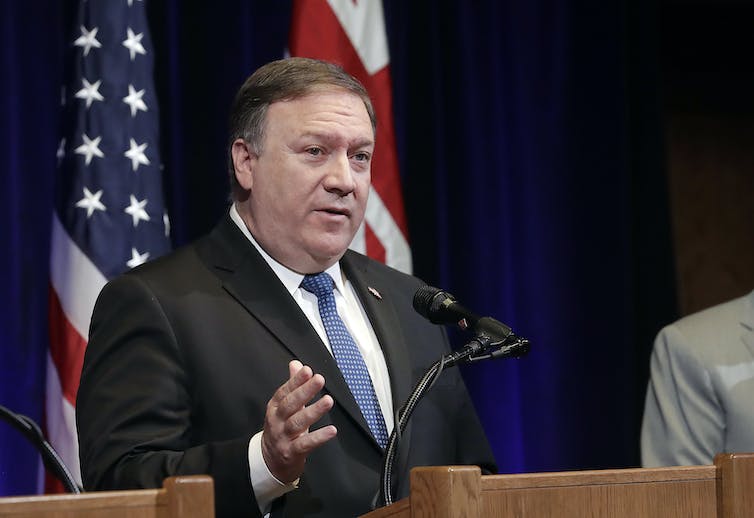 Secretary of State Mike Pompeo called the sanctions the administration plans to place on Iran the ‘strongest sanctions in history.’ AP Photo/Jeff Chiu

A third factor affecting success is the need to combine sanctions with diplomatic bargaining.

My research with George Lopez, a professor emeritus of peace studies, shows that sanctions work best within a bargaining framework in which the imposition of coercive measures is combined with incentives for compliance.

The irony in the case of Iran is that precisely this form of sanctions-based diplomacy was successful in achieving the 2015 nuclear deal. Rigorous U.S., U.N. and European Union sanctions were combined with an offer to lift them if Iran complied with demands to restrict its nuclear program and accept intrusive inspections. The International Atomic Energy Commission verified on 10 separate occasions from 2016 through the early part of 2018 that Iran kept its side of the bargain, and sanctions were removed. 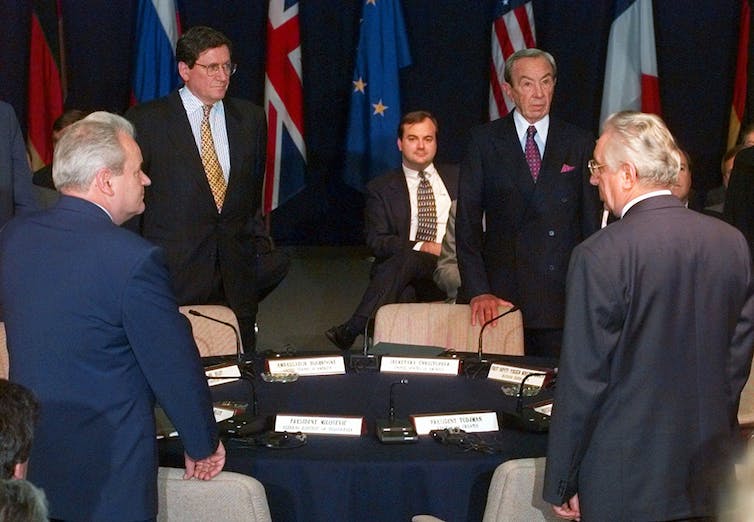 The offer to end sanctions against Serbia is what led former Serbian President Slobodan Milosevic to sign the Dayton Peace Agreement in 1995. AP Photo/David Longstreath

For all these reasons, I believe the new U.S. policy of reimposing unilateral sanctions abandons a multilateral approach that was working in favor of a unilateral policy that has little chance of success.

The U.S. and EU sanctions on Russia for its policies in Ukraine may have some continuing effect, but the new measures under consideration in Congress are unlikely to have a major impact.

Policymakers may talk tough about threatening sanctions, but their policies are weak if they are unilateral and costly to implement. Sanctions work best when they are part of a multilateral diplomatic effort – like the Obama administration took on Iran – in which the offer to lift sanctions is used as an incentive to achieve a negotiated settlement.

The Trump administration may think that it can go it alone in foreign policy, but on sanctions, as on nonproliferation and other policies, multilateral cooperation is often the key to success.

Iran nuclear deal, JCPOA, US sanctions against Iran, US withdrawal from JCPOA August 1, 2018
UN agency warns of another cholera outbreak in Yemen
US must ‘Show it is Trustworthy’ before Iran will negotiate new deal – Scholar