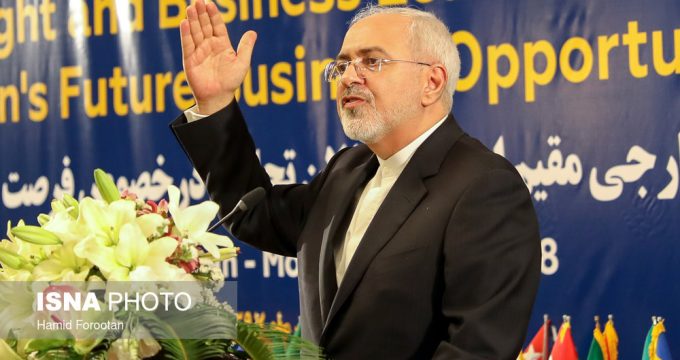 Iran’s coverage: US can blame itself for leaving deal: Zarif

Foreign Minister Mohammad Javad Zarif says the US should blame itself for ending talks with Iran when it left the nuclear deal, known as the Joint Comprehensive Plan of Action (JCPOA.)

Trump claims talks with Iran to be held ‘pretty soon’

US President Donald Trump has claimed that talks with Iran are imminent and could happen “pretty soon,” a day after he expressed willingness to meet with the Islamic Republic’s leaders without “preconditions.”

Iran, Russia and Turkey, as guarantor states for a peace process in Syria, have expressed their firm determination to counter any plot aimed at partitioning the Arab country.

State Dept: Pompeo agrees with Trump on talking to Iran without preconditions

US Secretary of State Mike Pompeo agrees with the statement made by President Donald Trump about being open to meeting with the Iranian government without preconditions, State Department spokesperson Heather Nauert said in a briefing on Tuesday.

Condition of Rouhani’s advisor to negotiate with US

An advisor to Iranian President Hassan Rouhani stressed that the condition to negotiate with US is to stop an economic war which US president has begun against Iran.

Advisor to the Iranian Parliament Speaker Hossein Amir Abdollahian warned that the economic war spearheaded by the US against Iran is aimed at undermining the country’s positive role and influence in the region.

The Commander of Iran’s Basij Resistance Force Gholamhossein Gheybparvar said on Wednesday that Basij is ready to help government in solving economic issues.

Iran’s Foreign Minister said in a Twitter post on Wednesday his meetings with Sri Lankan high-ranking officials helped consolidation of bilateral relations between the two nations.